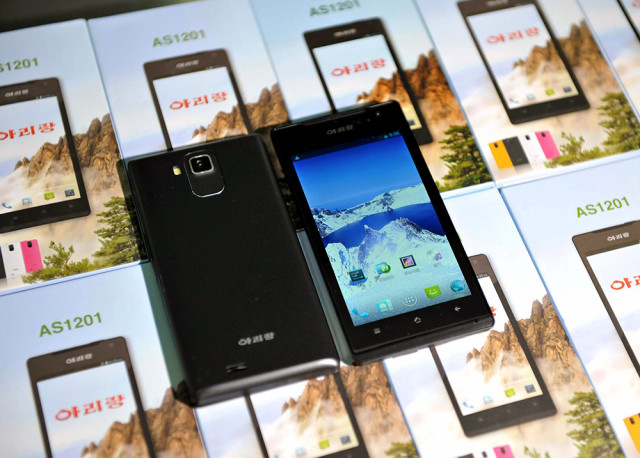 North Korea is treated like a pariah in the rest of the world, but that doesn't stop it benefiting from open-source software. Android is the latest example, with the country moving to create the Arirang - its first smartphone. 'Create' might be the wrong word, as it turns out.

The official Korean photos show precisely no manufacturing, leading to the suggestion it's Chinese-built, Korean-boxed. It seems the first site to break news of the phone's existence was Japanese. Running Google Translate suggests the phone is actually manufactured in North Korea:

Arirang is and has been produced in 5.11 factory in North Korea.

It might seem like a weird move for the notoriously quiet country to begin welcoming technology, but it could be justified after all. As we previously reported, there is a trend in the country, with citizens becoming more globally aware through piracy. By introducing a governmentally approved phone, there's the possibility of limiting this.

The Arirang derives its name from a folk song unofficially considered Korea's national anthem. There's no word on the phone's specifications, but we can't imagine many ROMs hitting XDA for it.