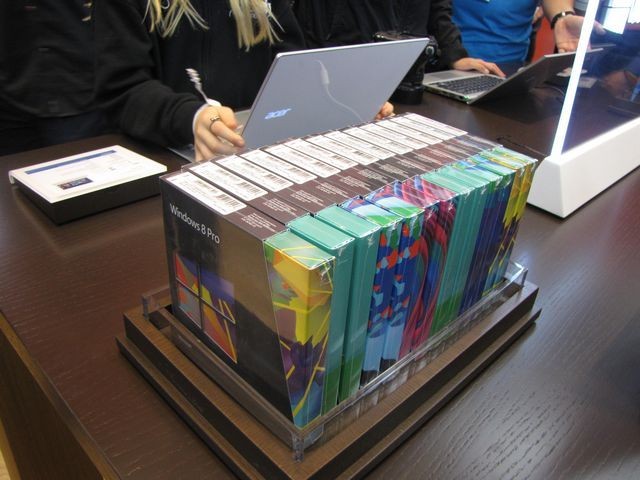 Microsoft has been trying to make the case that Windows 8 sales are quite solid, stating earlier this week that it has sold 40 million licenses for the OS, along with a claim that upgrade sales are outpacing those of Windows 7 so far. Now the well-known retail research firm the NPD Group has said Microsoft's numbers may not tell the whole story.

In a new press release with the rather blunt headline, "Windows 8 Gets off To a Slow Start," NPD states:

Since its launch, Windows 8 has captured just over half (58 percent) of Windows computing device unit sales, compared to the 83 percent Windows 7 accounted for four weeks after that launch. Windows 8 tablet sales have been almost non-existent, with unit sales representing less than 1 percent of all Windows 8 device sales to date.

The press release adds that overall Windows PC sales have gone down 21 percent from this time last year since the launch of Windows 8, with notebook sales down 24 percent and desktop PC sales down nine percent. NPD vice-president Steven Baker did admit that it is "still early" to place the blame on Windows 8 on these lower sales numbers, but added, " ... clearly Windows 8 did not prove to be the impetus for a sales turnaround some had hoped for.”

Baker did say that Windows 8 notebooks that have touch screens have seen "strong" sales so far, adding: