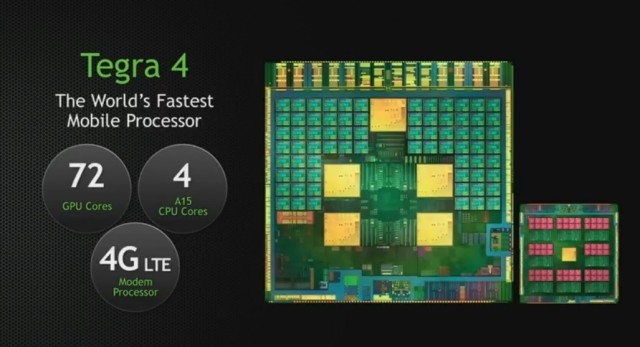 At an event at CES 2013 in Las Vegas, NVIDIA has just announced their brand new mobile processor - the Tegra 4 - which expands on the capabilities of their previous smartphone chips. It comes with 72 GPU cores in a new ULP GeForce graphics processor, plus four ARM Cortex-A15 cores making it the first quad-core A15 chipset available; the low power companion core also makes a comeback in this chip.

4G LTE is seen in the slide, but unfortunately it still isn't integrated into the chipset, meaning an additional chip is required that will potentially use more battery than the integrated modem in Qualcomm's chipsets.

In a demonstration at the event, a tablet with a Tegra 4 chipset inside is seen to blitz the Nexus 10 in a web-page loading test, completing the task in around half the time. The Nexus 10 has an Exynos 5 chipset with two Cortex-A15 cores, whereas the Tegra 4 chip has four, and this speed increase was stressed at the event. It was also stated (via a graph) to be faster than the Apple A6X chip in the iPad 4 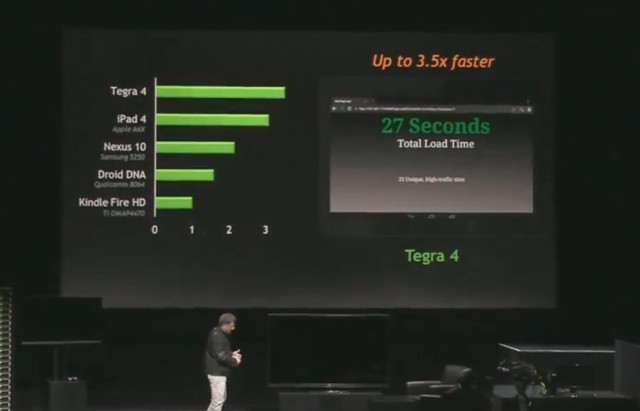 An NVIDIA Computational Photography Engine is also seen in the chipset, which enables the phone to take two photos basically instantly for beautiful "one shot" HDR photography. They claim this specialized photo engine can create HDR photos 10x faster than the engine used in the iPhone 5, meaning super quick high-dynamic range shots in 0.2 seconds. HDR video is possible thanks to this super-quick computational photography, which NVIDIA hopes can be expanded into other areas. 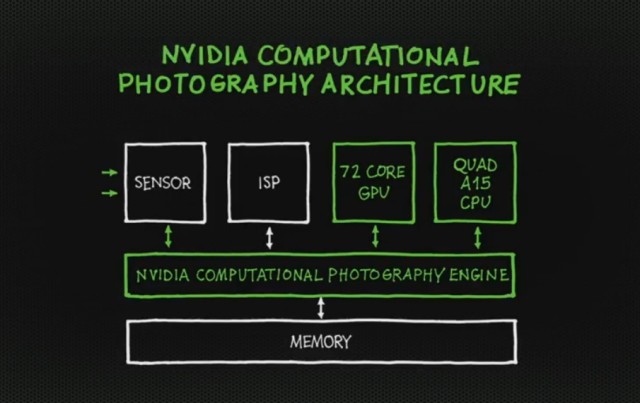 Also, the Tegra 4 chipset was seen doing live HDR video inside a prototype tablet with a Windows logo on it; this means we'll almost certainly see a new Windows RT device with NVIDIA's new chipset inside. Confusingly this tablet was mentioned to be running an Android app, so we're not sure what is going on there, but nevertheless they showed off a Windows tablet live on stage. 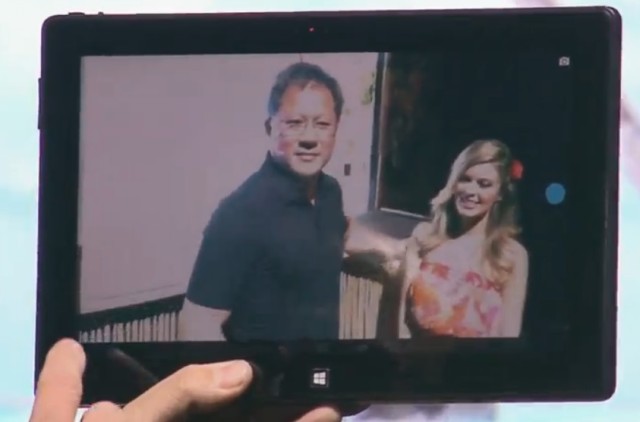