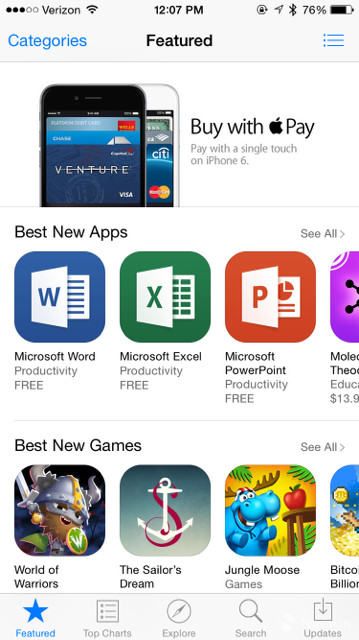 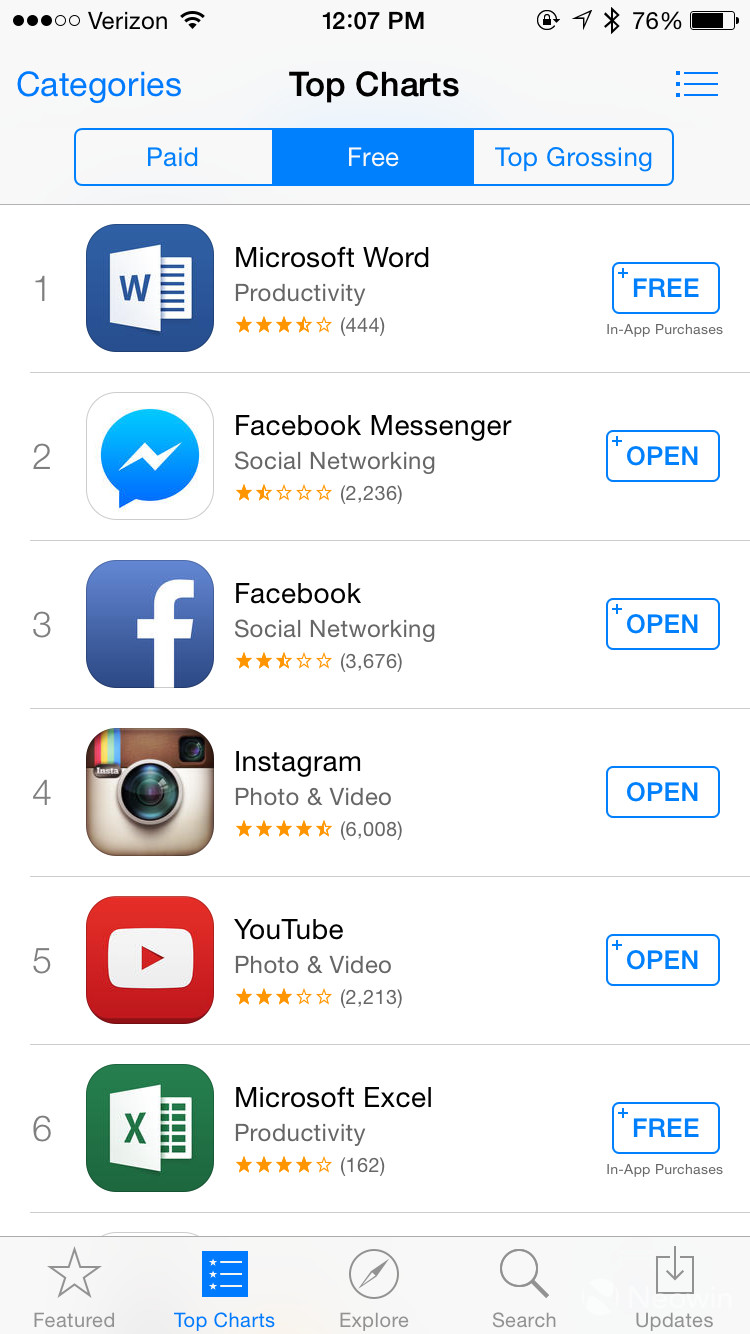 Last week, Microsoft announced that it would be making full versions of its Office apps on all major mobile platforms completely free. This was a big announcement from Microsoft as they previously required that you have an Office 365 subscription to unlock the full functionality of these apps.

Following this announcement, Microsoft's Office apps have jumped to the top of Apple's App Store charts. Word is currently in the top spot under the free category, Excel is holding the sixth spot and PowerPoint is at number nine.

It's fair to say, based on these ratings, that this announcement is going over very well with consumers - but it's worth noting that the 'free' use is for consumers only and does not apply to corporate users.

Microsoft has been using several products to boost the appeal of Office 365. Recently, the company announced that all subscribers would get unlimited cloud storage and prior to this, the company used the Office mobile apps as a way to entice consumers to move the subscription service.

Apple is also helping the downloads as well by making all of the Office apps an 'Editor's Choice' which appears on the landing page of the app store when using an iOS device.

For now, the move is resonating well with consumers based on the number of downloads of these apps, and we expect this trend to continue for the foreseeable future.