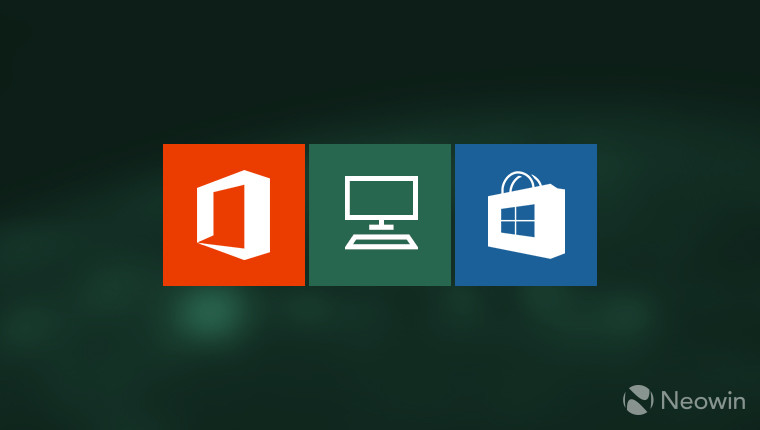 You may remember that at Build 2015, Microsoft announced Project Centennial, a way for developers to bring their .NET and Win32 apps to the Universal Windows Platform, and therefore to the Store. The company has used the capability to convert some of its own desktop applications, going so far as to evaluate the possibility of porting its desktop Office suite to the Store. The evaluation seems to have come to a close.

According to Aggiornamenti Lumia, now that the company has finished its internal test phase, we can gleam some more details from the descriptions of the individual apps. One thing to bear in mind is that they are not currently listed under their official name, but rather under food-related codenames. They are:

Along with those, perhaps the more interesting aspect is the ability to purchase Office 365 subscriptions directly from the Store. These packages are currently listed with similar cookery-related names like Breakfast, Lunch, and Dinner. As can be seen in the image, Lunch includes Sandwich, Soup, Pasta, and Bibimbap, otherwise known as Word, Excel, PowerPoint and Outlook.

The Breakfast package reportedly includes Biscuits, Croissant, and CupCake, neither of which we know the corresponding app to. Finally, Dinner is only present via codename, with no further info.

Minimum system requirements for these apps list "Windows 10 version 14969.0 or later" as the needed operating system, which sits right between build 14965 and build 14971, and was never released to the public, Insiders or otherwise. In essence, this means you will need to be running the Creators Update in order to even be allowed to install the apps on your device.

A slightly quirky aspect, which relates to the 'Dinner' Office 365 package, is that under compatibility you will find listed "PC, Mac, iOS and Android", meaning the firm could be looking to do away with its Office Mobile offering entirely.

If you were eager to grab one of these apps for yourself, you might not be able to anymore, as Skype for Business very aptly illustrates:

At this point, it seems likely that Microsoft's May 2 event is where we will see these converted applications in action. Codenamed Bespin, after the Cloud City in the StarWars universe, it's also where the company is rumored to unveil its 'CloudBook' device.

Thanks to Alex in the forums for the tip!