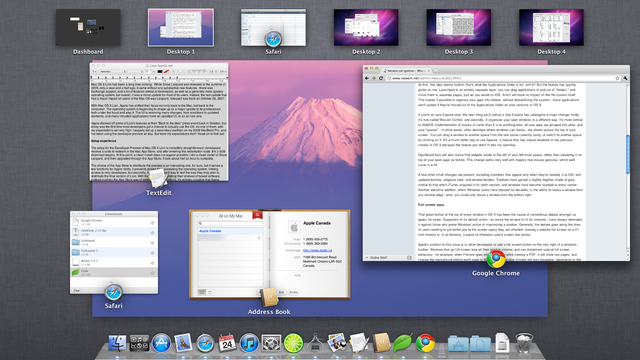 Earlier this year Apple showed off the next generation of OS X, Lion. The new platform will bring many new features to the table for Mac users and will also be only available through the App Store.

OS X Lion has now been pushed from the preview stage to the Gold Master stage and has been seeded to developers. Building on this, 9to5mac reports that the platform is likely to launch on July 14, the same day the MacBook Air is likely to get refreshed.

Despite going gold, Apple has yet to announce the actual date the product will ship; Apple has stated previously that the platform will launch in July. It will retail for only $29.99, which is considerably cheaper than previous versions that priced in at $129.99. There will also be a server version available for the platform that will sell for $49.99.

If you are waiting to get your hands (paws) on OS X Lion, the product took a big step forward towards public availability. While there is always a possibility that a last minute bug could pop up causing the launch to be delayed, it is likely that the platform will be in the App Store in the near future.