Microsoft has announced plans to bring add-ins support to Outlook 2016 for Mac, which will be first rolled out to Office Insiders in the near future before becoming widely available. The company also revealed that it has started rolling out new features to Outlook.com. 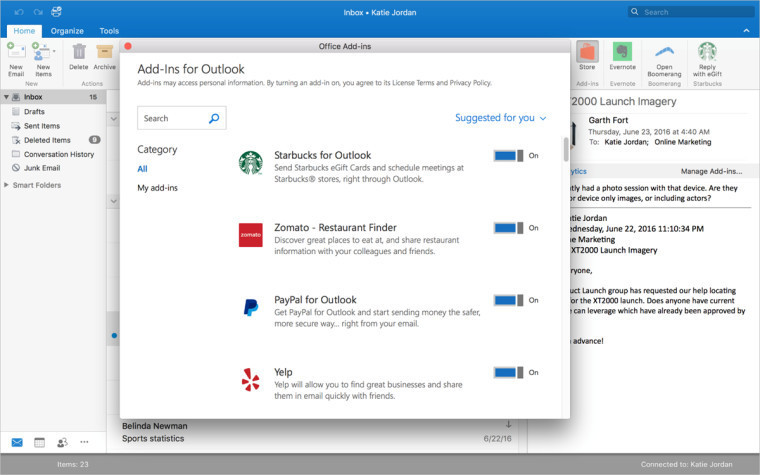 Outlook add-ins have been available for Office users on Windows and Outlook.com for quite some time. Now that the Mac rollout will commence for Insiders, only mobile users will have to wait for the functionality to be available. Office 365 users who wish to get early access to add-ins can register for the Office Insider program to get the pre-release version of Office for Mac with the latest features.

Microsoft is also rolling out new features to Outlook.com, which includes support for Connectors similar to Office 365 Connectors. The Connectors that would be available initially include Asana, Bing News, Bitbucket, GitHub, Twitter, Trello, Wunderlist and Yammer. 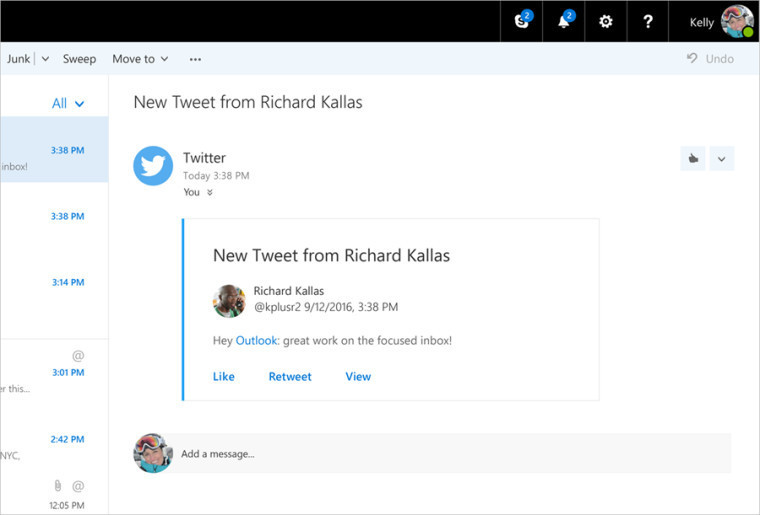 In addition to this, Outlook.com users will also be able to perform quick actions right from their mail using Actionable Messages. The feature will be rolled out in its Preview state in the coming weeks. With this feature, actions from supported services can be performed without visiting any other website. For example: Users can retweet or like a tweet from Twitter's email digest.

These features will be coming to Outlook users on the desktop as well, but the exact timeline hasn't been shared by Microsoft.