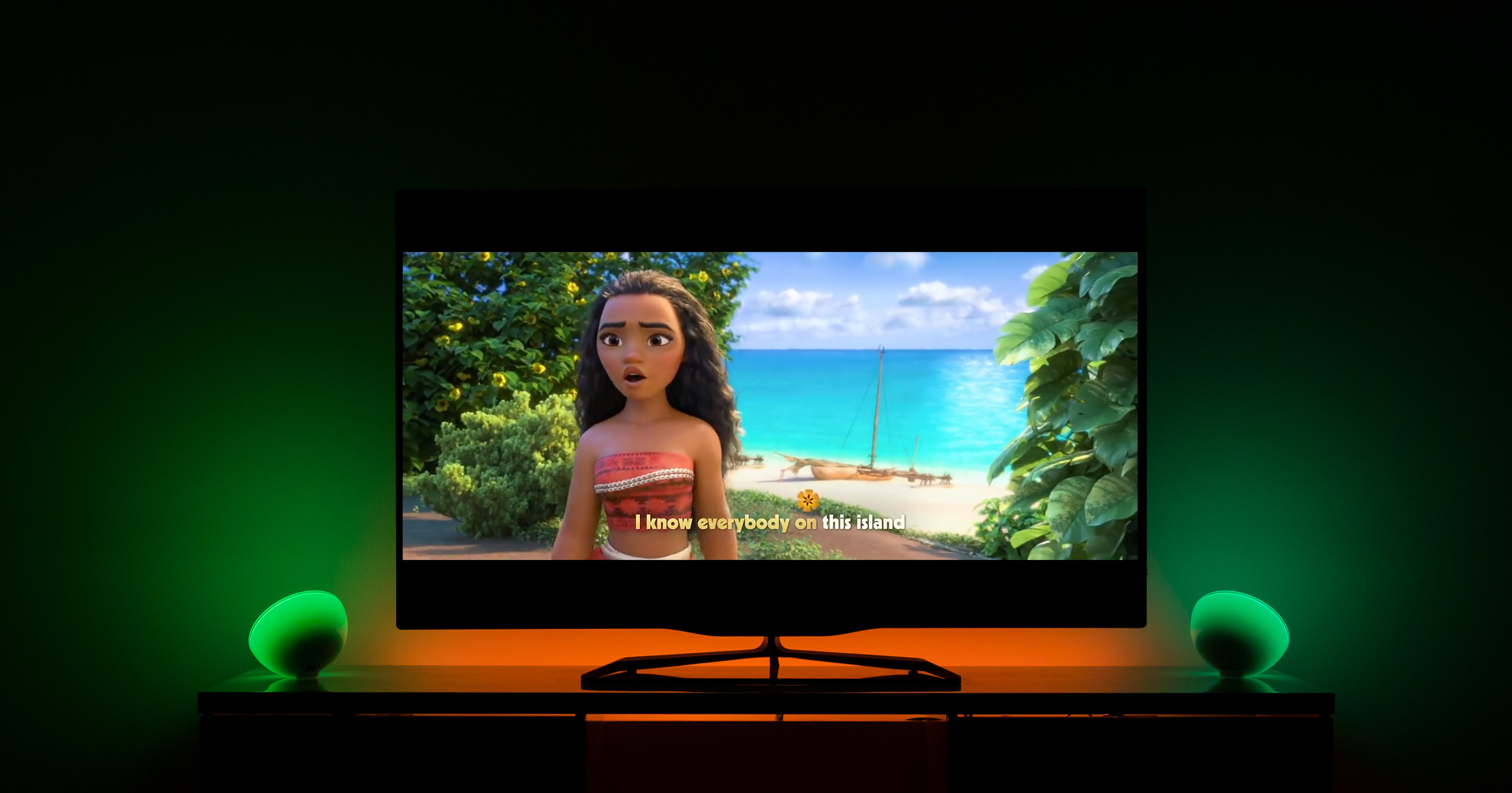 'Philips Hue Entertainment', a new service dubbed as "surround sound for the eyes" has just been announced to coincide with IFA 2017 and Philips Hue's 5th birthday.

The service will synchronize Hue colored lighting products with on-screen action from movies, games and even audio (though it's not immediately clear how the audio element will work). The idea with on-screen content is that someone watching underwater action might find themselves sitting in a haze of blue, while someone watching Tarzan swinging through the rainforest might find themselves sitting in a lush green ambiance.

The company released showcase shots, above and below, featuring scenes from Disney's Moana, with Hue complimenting the scenes using vivid color lighting. The change in color is automatic, making content more immersive, though it is easy to imagine that the changing colors may potentially become a distraction.

Philips plans to introduce the feature in collaboration with entertainment industry partners, who will presumably be given the opportunity to 'embed' lighting scenes alongside content, ensuring scenes are lit appropriately.

In October, we will open up an early access program which will allow partners to use our platform capabilities and entertainment developer kit to advance further this functionality.

Philips Hue Entertainment will be available for free, via a firmware upgrade to owners of Philips' V2 Hue bridges and all Philips Hue color-capable lights. The service is expected to launch in December.

Alongside the Hue Entertainment announcement, Philips also introduced a raft of new lighting products and bundles which are set to launch in Autumn 2017. These include a "Felicity" table lamp, "Buratto" spotlights and "Struana", a connected bathroom lamp which can be adjusted specifically for common bathroom activities like shaving or applying make up.

In October, Hue will also extend its support for Apple's home automation suite, HomeKit. Hue bridges will include HomeKit support for the Hue tap, Hue motion sensor, and Hue wireless dimmer switch, all of which are currently unsupported in HomeKit scenes.