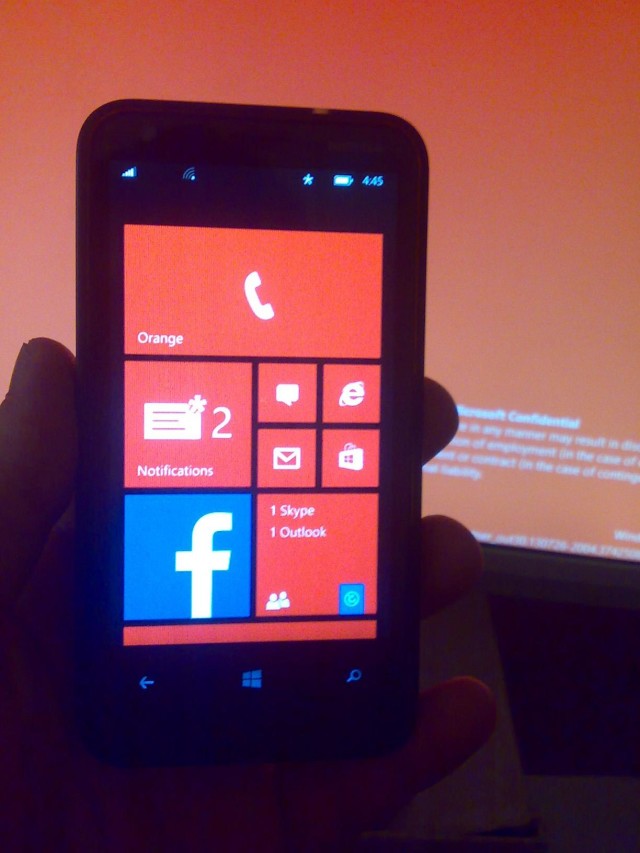 Screenshots of Windows Phone 8 GDR3 leaked Saturday, and now it appears the next major update to Microsoft's smartphone operating system may have been captured in an image as well.

A post to the XDA Developer Forums by "when im gone" shows a Nokia Lumia 620 allegedly running an early build of Windows Phone 8.1, otherwise known by the codename "Blue." The poster claims to have obtained an "SD Card and this photo was in it." The "Notifications" tile shows two missed notifications, along with a icon with an asterisk. Looking at the system tray, an asterisk is also displayed, likely indicating the two are connected. The Wi-Fi icon has also been moved further left.

The image may have been faked, though it mirrors previously leaked information about Windows Phone 8.1 relatively closely. In June, screenshots of Windows Phone 8.1 on a developer device leaked on Reddit. Shortly after, Microsoft had contacted the poster and required him to take down the images or face legal action.

It is believed that Microsoft is still working on GDR3 but has started testing Windows Phone 8.1. Rumors have suggested that the upcoming update will include a notification center. Unlike GDR2 and GDR3 updates, which focused on allowing OEMs to use new hardware, Windows Phone 8.1 is focused more on software.