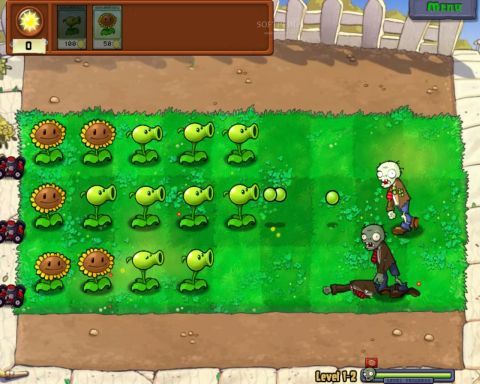 One of the most addictive games of all time is finally coming to an Android-based phone and/or tablet near you. PopCap's hugely successful and acclaimed tower defense game Plants Vs Zombies will be released via Amazon.com's App Store sometime later this month, according to a post over at the Computer and Video Games web site. The article states that Amazon's App Store will be the exclusive outlet for the Android version for the first two weeks it goes on sale.

Not only that but the article says that when the game first comes out it will be free to download for a limited time. Again we don't know when that will happen but we will keep an eye out when it pops up. The regular price for the Android version of Plants Vs Zombies will be $2.99 which is still pretty cheap considering all of the gameplay you will likely get out of it.

The game was first released by PopCap for the PC and Mac platforms in May 2009 and its premise (you have to upgrade and tend your garden to defend your home against zombies) and its gameplay made it an instant critical and sales hit. The game was released for the iPhone and iPod Touch in February 2010 and sold over 300,000 copies in just its first nine days. An HD version for the iPad was released in May 2010. Versions of the game have also been released for the Xbox 360, PS3, and Nintendo DS game consoles.