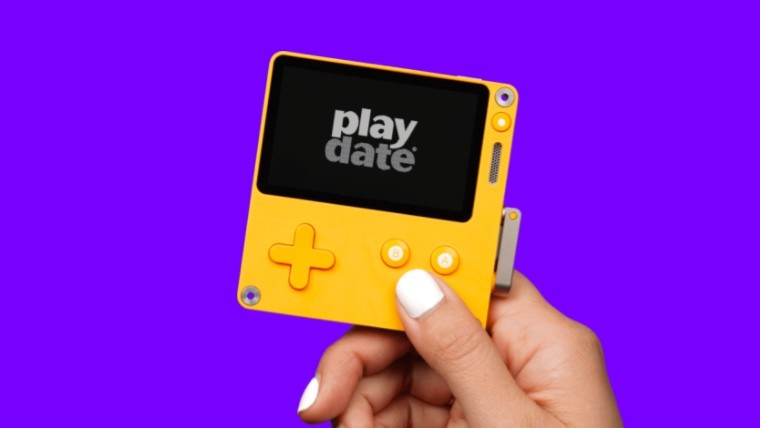 Do you get nostalgic about yesteryear's gaming consoles? Well, if you do, Panic is inching closer to serve you those charming monochrome graphics and simple controls with its upcoming handheld console dubbed Playdate. In a Twitter thread, Panic revealed that it will hold a live stream event on June 8 to drop information regarding hardware specs, built-in games, and pre-orders.

It did give out a few details in the following tweets such as the updated $179 price tag, which is $30 more than what was originally announced in 2019. The console was supposed to launch in 2020, but due to the pandemic, it got delayed by a year. However, it seems the folks over at Panic have put that time to good use. They have doubled the number of free titles from 12 to 24. And to accommodate additional games, the internal storage has been up bumped up from 2 GB to 4 GB.

Hi. Are you ready for a ✨#PlaydateUpdate✨?

We have a lot to catch up on. Our first-ever video update has details on Season One, future games, some surprises and info on future pre-orders. Please join us!

Based on the press images, you can tell that the Playdate is going for a retro-modern look. It is like Nintendo's Gameboy but with an impressively sleek industrial design. According to Panic, the Playdate was designed in collaboration with the Swedish firm Teenage Engineering, best known for developing IKEA's Frekvens. Apart from the standard D-pad and two-button layout, the Playdate also features a crank, which adds a unique twist to the control scheme. The crank can be used for menu navigation or even firing a minigun in Doom as demonstrated in the tweet below.

And finally, it didn’t take long for DOOM to show up, as per tradition! This amazing effort from Nic (@NicMagnier) delighted us all — and yes, it features Crank to Chaingun™ pic.twitter.com/Rv51WDUwil

According to Panic, the company is readying 20,000 units for the launch. These will go to the first 20,000 pre-orders. After that, the company will try its best to meet the demand. For more details, don't forget to watch Playdate's stream on June 8.