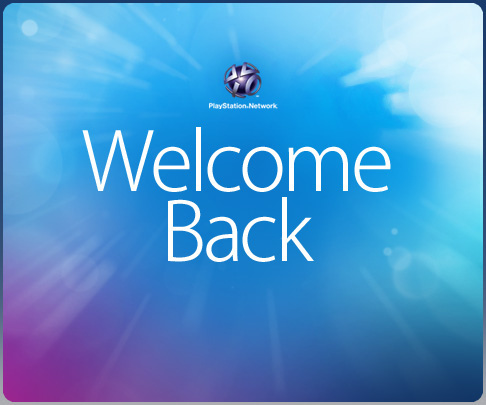 Sony is giving its US Playstation Network users a little more time to take advantage of its generosity. Sony's "Welcome Back" program for PSN customers was supposed to shut down on Sunday but now Sony, via its official Playstation blog, has decided to extend that deadline until noon Eastern time on Tuesday (9 am Pacific time). No reason for the extension was announced by Sony, although we suspect the Fourth of July holiday today has something to do with it.

If you, for some reason or another, have yet to check out the Welcome Back program (Sony's compensation for PSN users due to the server downtime earlier this year) you still have time to download two free Playstation 3 games from a list of five (Dead Nation, inFAMOUS, LittleBigPlanet, Super Stardust HD and Wipeout HD + Fury expansion). Owners of the PSP portable console also still get some extra time to download two games from a list of four titles: (LittleBigPlanet (PSP), ModNation Racers (PSP), Pursuit Force and Killzone Liberation). If you also frequent the virtual world Playstation Home, you also still have some time to grab 100 free virtual items. The free 30 day subscription to the premium Playstation Plus service won't longer be available after Tuesday nor will the 30 day free subscription to Sony's Music Unlimited online service.

As we reported earlier today, Sony's Japanese users will finally regain access to its Playstation Store on Wednesday but there's no word if they will get a Welcome Back package.