Powermat, a wireless charging device targeted at cell phones, has announced a range of new products at CES 2010.

Launched in October 2009, Powermat has sold nearly 1 million products and has quickly established itself as the leading wireless charging technology for mobile devices, partly thanks to national retail distribution in the US. The products work typically by encasing a mobile cell phone and using the back of the device as a magnetic charge plate which is then placed on a charging mat. Originally the technology required a slightly bulky back to your mobile but that's about to change.

Powermat announced the "Powerpack" on Tuesday at the Consumer Electronics Show. The Powerpack is a replacement for your existing cell phone battery and require no new back. More than 10 models from HTC, Blackberry, Nokia, LG, Samsung, Motorola and Sony Ericsson will debut at CES but Powermat claims the technology can be applied to virtually any phone. The Powerpack will cost $40 and is expected to go on sale in May this year. Unfortunately for iPhone and iPod Touch owners you'll be stuck with the silicone case receiver or an extended battery case receiver which combines extended battery life and wireless charging.

Powermat works by combining RFID and induction charging. If you place a Powermat enabled device onto a Powermat the RFID will detect the device and begin sending a charge. 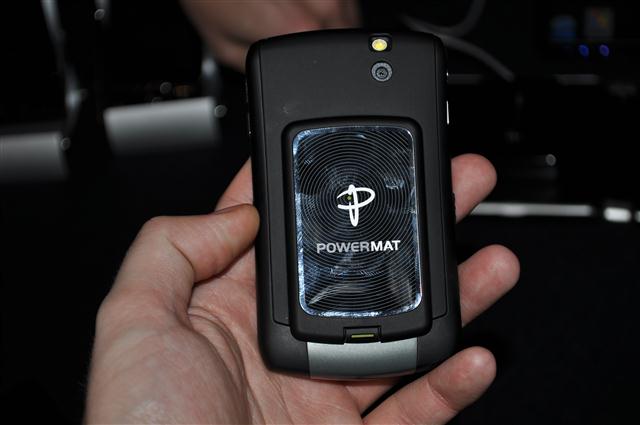 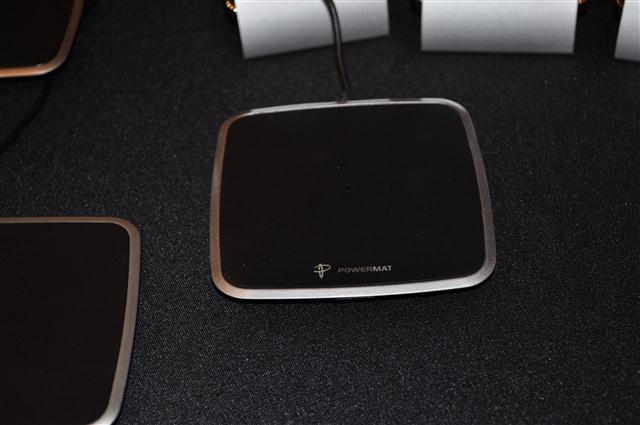 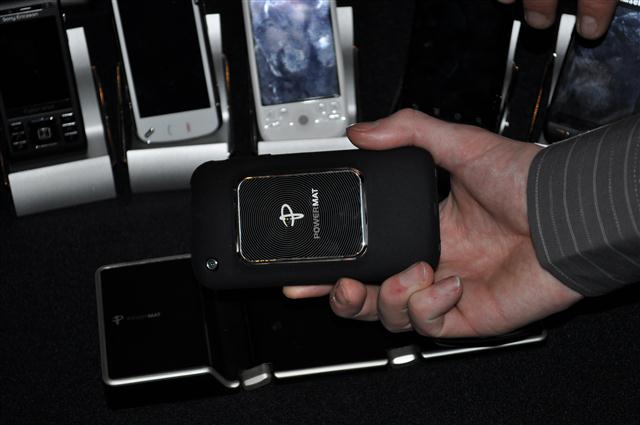