After a long run of ups and downs, Project Canvas will be coming to the UK in early 2011 with a set-top box called YouView. Project Canvas is a joint venture by the UK’s major TV channels and a few other companies involved in media distribution and Internet services. 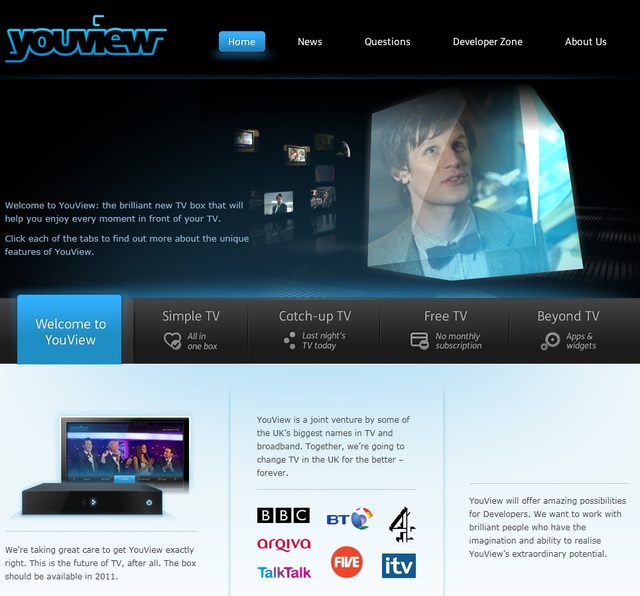 YouView will be a subscription free set-top box which will only require an Internet connection to work with any digital TV. YouView will allow users to watch any TV shows from the BBC, ITV, Channel 4 and 5 and SeeSaw via their respective online catch-up services, all within one user interface. There will be the option to watch HD programs and even buy “pay TV” programmes and films.

YouView will be an “open environment” which will allow “content providers, device manufacturers and application developers to participate in [their] TV revolution”. It will be possible for any content provider to create their own portal sites which will be accessible on YouView. There are likely to be many different set-top boxes for YouView from a range of manufacturers. It’s also possible, in the future, that the whole experience could be integrated into TVs without the need for a separate device. As YouView is an open environment, it will be possible for developers to create their own features within YouView to allow, for example, social networking integration, different search providers, music services, alternative video providers, etc. There is a small amount of information currently available for developers but much more will be released soon.

Other features of the set-top box include the ability to record live TV, browse the TV guide (past, present and future) and search for programs and actors. It's not yet clear when YouView boxes will be available in retail stores or their expected price points. YouView simply states the box will be available in 2011.