Even though the gaming industry is doing well, which is even more suspiring during this tough economical time, Sony's Playstation 3 console is behind the leaders. This seems to be a growing trend month after month for Sony's console and because of this, publishers are pressuring Sony to drop the price of their console. Mike Hickey, an analyst from Janco Partners, is expecting a price drop in the coming weeks between $50 to $100 US in the coming weeks.

Reasons are obvious on why Sony doesn't want to drop the price, the console is expensive to make. From the Blu-Ray player to the cell processor, the hardware inside is not cheap. Not only that, profits from the console are down and any sort of speculation or announcement would stall sales numbers until the price drop occurs, and Sony isn't afraid to tell the world that they do not want to do it. Sony shares are also already down 11 percent this year. 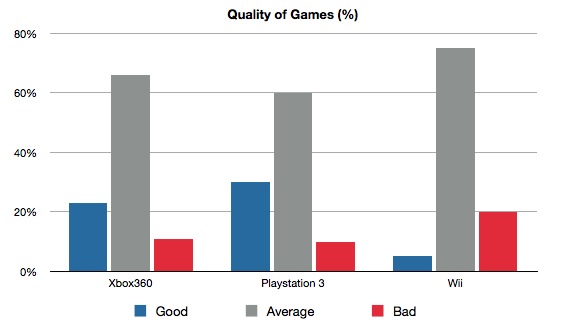 At look at the graph clearly shows an argument for the price drops. And with sales numbers like that, major publishers seem to be moving towards the Wii. Sony needs to get people to want their consoles, not just the hardcore gamer crowd, but the casual gamers. Looks like best thing Sony could do to please everyone, but themselves obviously, is to cut the prices. With Sony continuing to lose exclusives, Sony needs to do something.

But not all is negative for Sony. The recently released exclusive Killzone 2 has sold nearly a million copies so far. The game ranks number 3 in terms of sales figures for game, behind Metal Gear Solid 4 and Grand Theft Auto IV. And with an install base of 20 million, that is a really positive result.