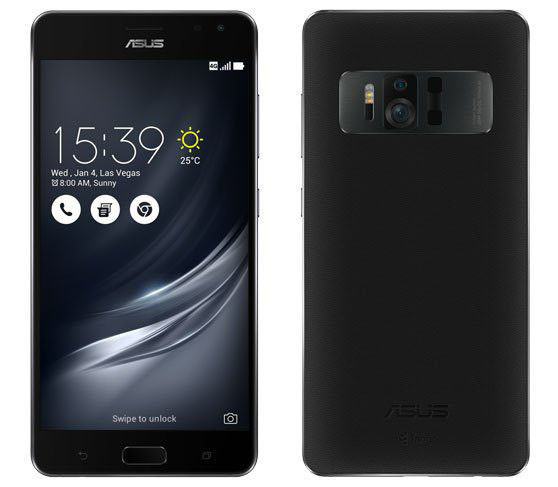 Qualcomm today published a press release, that has since been removed, which revealed the ASUS ZenFone AR, the first phone to support both Tango and Daydream. The handset will also use the company's latest in-production chipset, the Snapdragon 821.

Of course, Qualcomm does have the Snapdragon 835 - which is the company's next flagship SoC - right around the corner, but we're not expecting devices with that until Mobile World Congress. In fact, the firm is expected to announce the full details of the chip at CES in a few days.

If you're not familiar with Tango, it's Google's project for phones to use spatial mapping for augmented reality, hence the 'AR' in the name of the phone. The technology was first seen in Lenovo's Phab 2 Pro, which used a Snapdragon 652 chipset, so ASUS's solution will definitely offer better performance.

But AR isn't all that this phone will be able to do, as Daydream is Google's virtual reality technology. Announced back at the company's I/O developer conference, the ZenFone AR promises to be the first phone to do both.

We don't really know anything else about the handset at this time, but if you're excited about it, don't worry. CES kicks off on Thursday.