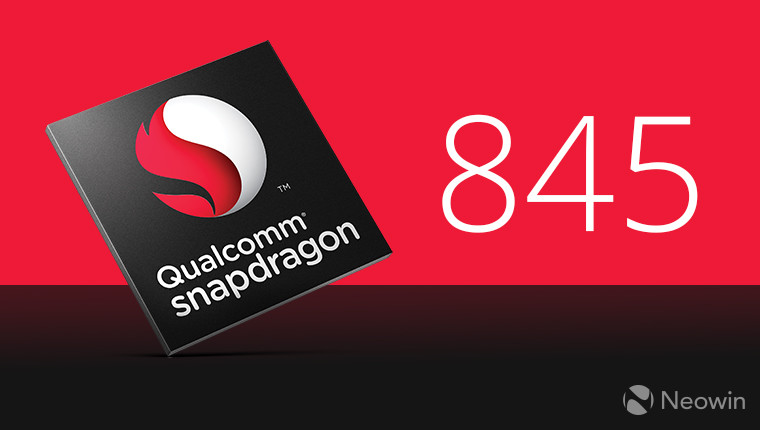 Between being engaged in a legal tussle with Apple and fending off a takeover bid from Broadcom, Qualcomm has allowed the press into its San Diego-based headquarters to preview its next generation flagship SoC. Both CNET and AnandTech have had the opportunity to put the Snapdragon 845 reference device through a host of benchmarks to see what Qualcomm has managed to cook up over the past year.

CPU-wise, The SD845 showed an increase of 27% in Geekbench 4 in both single- and multi-threaded tests (2,429 and 8,200 respectively), compared to the SD835 and a similar increase of 26% was seen in AnTuTu. In system performance tests carried out by AnandTech, the CPU showed gains of around 14% compared to the SD835 present in the Galaxy S8, although the Pixel 2 did close the gap, and even bested the new SoC in one benchmark. In the two benchmarks, both web-based, where an iPhone X and iPhone 8 were added to the comparisons, the iPhones did manage to beat the SD845, although this is possibly due to the differences in the operating system in addition to the A11 chip. In PCMark's overall performance score, the SD845 shows a 17% increase over the current top performing Android handset, the Pixel XL 2. 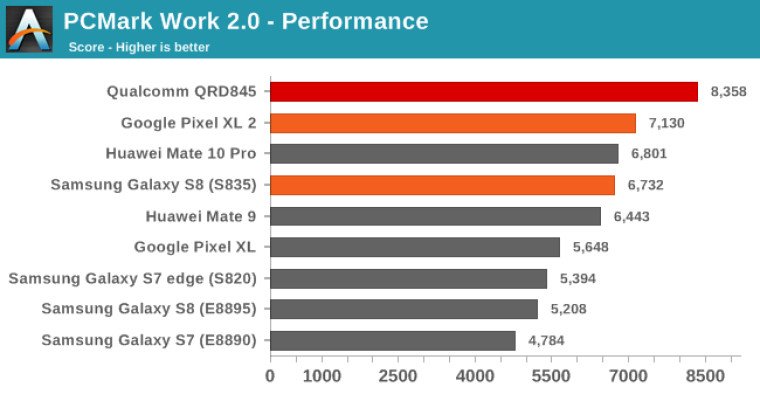 The GPU present in the SoC will be an Adreno 630. Although no further details were given about the makeup of the GPU, it is estimated that it is clocked in the region of 670 - 710MHz according to AnandTech. In the graphics benchmarks, more significant increases of around 40% were seen in GFXBench's offscreen tests compared to its predecessor. In almost every graphics benchmark, the GPU managed to best almost all the other chipsets, although the iPhone X did outdo the SD845 in two tests. One area where the Adreno 630 GPU excels is its efficiency with the chip showing efficiency gains of around 20% on the SD835. The SD845 showed a massive 32% increase on both the SD835 and the A11 in 3DMark Sling Shot 3.1 Extreme Unlimited test. This test is designed to showcase improvements of a system and Snapdragon latest offering does not disappoint. 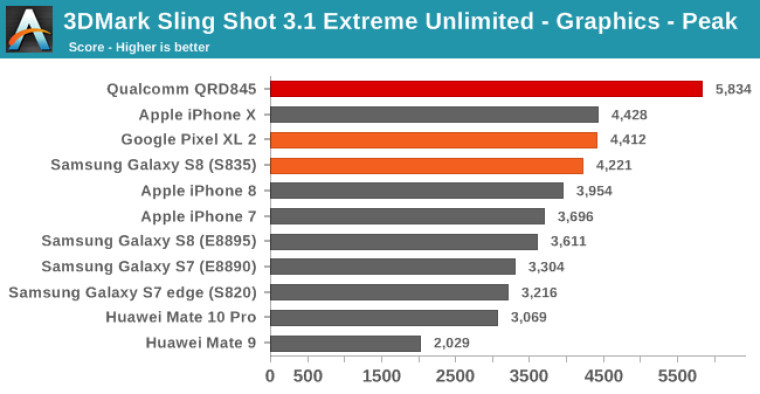 The Snapdragon 845 is built on Samsung's second generation 10nm LPP process which will also be used in Samsung's upcoming Exynos 9810. Similar to the Snapdragon 835, the SD845 will be an octa-core processor in a 4x4 big.LITTLE configuration. The big portion will consist of four Cortex-A75 derived Kryo 385 Gold cores clocked at 2.8GHz whilst the LITTLE portion will instead be four power-efficient Cortex-A55 derived Kryo 385 Silver cores clocked at 1.77GHz. The Soc is the first to employ ARM's DynamIQ CPU cluster organisation. Briefly, DynamIQ allows individual clusters of cores (think big.LITTLE) to be fully integrated a single cluster up to eight cores large. The CPU will have 3 levels of cache with 2MB of shared L3 cache between all eight cores, 256KB per core L2 cache for the A75 cores, and 128KB per core for the A55 cores.

With the Snapdragon 845, Qualcomm has overhauled the design of both the CPU and GPU. Where the Snapdragon 835 used cores which were very closely based on the reference design of the Cortex-A73 and A53 from ARM, this time around it appears to be a more in-house design.

It will be interesting to see how this chipset compares with Samsung's upcoming Exynos 9810, both of which will be used in the upcoming Galaxy S9.