The Raspberry Pi family of single-board computers has grown to include a new model that ships with 8GB of memory, and it comes in at $75. The prices of the two other Pi variants currently being sold will remain unchanged, with the 2GB model coming in at $35 and 4GB costing $55.

Although the Raspberry Pi Foundation had been eyeing an 8GB version since the Pi 4 originally released last year, the barrier to introducing the model had been the lack of an 8GB LPDDR4 package in the required form. A suitable part had finally materialized from Micron earlier this year, leading to this development.

The only change in the 8GB Raspberry Pi 4's board design is a new switch-mode power supply that is situated next to the USB-C power connector. This shouldn't pose a problem to existing cases. 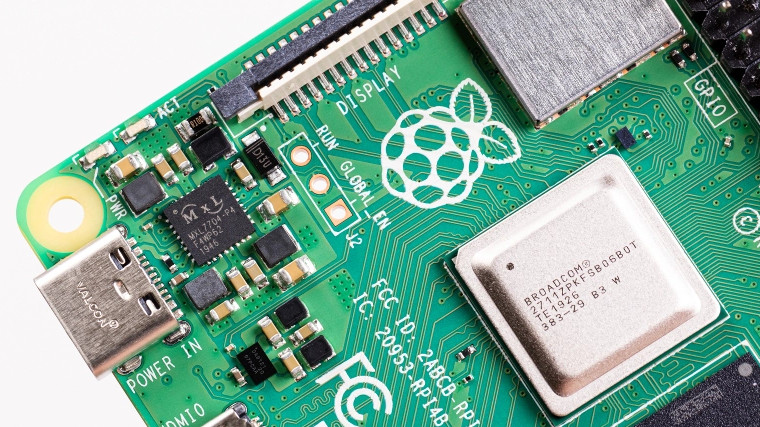 "We want to make sure it’s as easy as possible for new users to find our recommended operating system for Raspberry Pi," said the company regarding this change. "We think the new name will help more people feel confident in using our computers and our software."

Purchasing options for the 2GB, 4GB, and the latest 8GB model of the Raspberry Pi 4 Model B can be found here.