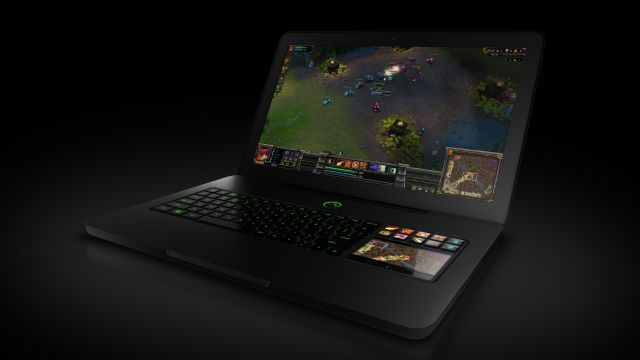 Razer surprised a lot of people a few months ago with the announcement that it would be creating a high end (and highly expensive) gaming PC notebook, the Razer Blade. The company said at the time the notebook would be out sometime in the fourth quarter of 2011. Now Kotaku reports that the Razer Blade is likely to make that deadline, but it's going to be close.

According to Razer CEO Min-Liang Tan, the Razer Blade has actually been completed already. However the first units were only given to "elect friends and game publishing CEOs." The rest of us will have to wait a few more days before Razer starts accepting pre-orders for the Razer Blade at the company's official web site. The plan is to start shipping the notebook out to customers before Christmas, although it's not clear how close to Christmas the shipments will actually take place.

The price of the Razer Blade is still extremely expensive: $2,799. However, the company has give the notebook a bit of an upgrade without a price hike. Originally the notebook was going to ship with a 320 GB hard drive. Now Razer is putting in a 256 SSD for storage. While the notebook loses a few gigs of storage, replacing the mechanical hard drive with the solid state drive should improve performance for the Razer Blade considerably.