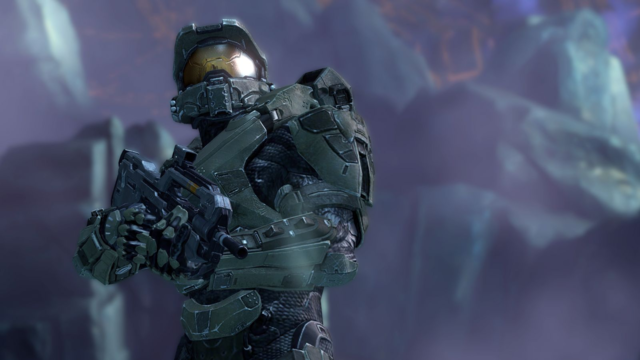 Microsoft and its development studio 343 Industries are currently working on Halo 4, the next game in the Xbox 360 sci-fi first person shooter series. Microsoft has been keeping most of the details of Halo 4 a secret but this month's Game Informer print magazine has a Halo 4 cover story that finally gives out quite a bit of information about the game.

A poster on the NeoGAF forums got a copy of the magazine and has written up what was revealed in the Halo 4 preview. We won't go over everything that the poster wrote (we really think you should buy the magazine) but we will talk about a couple of the more interesting facts that came up in the article.

One of the biggest changes in Halo 4 is that the popular Firefight gameplay mode won't appear in the game. Firefight, where up to four players have to deal with endless waves of enemies, made its debut in Halo 3: ODST and returned in 2010's Halo Reach. The game's single player storyline will still have four player co-op support.

However, there's also a new gameplay mode in Halo 4 called Spartan Ops. This will be a single-player mode that's similar to the Spec Ops co-op mode found in the more recent Call of Duty: Modern Warfare games. The plan is to release new Spartan Ops missions after Halo 4 is released and that ultimately it will be close to the regular Halo 4 single player campaign in terms of length.

Halo 4 is currently set for a fall 2012 release date and it seems likely that it will be Microsoft's biggest first party Xbox 360 game of the year.