Rumours of a merger between two of America’s largest mobile carriers have been doing the rounds for some time, but it looks like the deal may soon be announced. Sprint and T-Mobile have apparently agreed the key terms of their proposed tie-up, and it seems that the two brands may soon disappear from the US market completely.

Reuters reported earlier this week that the merger was more or less a done deal, but new details have emerged via TK Tech News, citing an “extremely reliable” source. According to this source, the Sprint and T-Mobile brands will not live on post-merger, being replaced by a new ‘SoftBank USA’ brand. SoftBank is the Japanese communications giant which owns 80% of Sprint.

The introduction of the new SoftBank USA name would also result in the disappearance of a trio of other well-known brands in the prepaid mobile market, according to the report. Virgin Mobile USA and Boost, which are both owned by Sprint, would vanish along with MetroPCS, which is owned by T-Mobile. 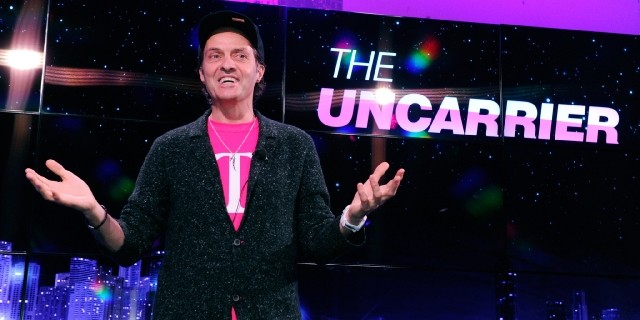 Sprint CEO Dan Hesse is also said to be standing down as part of the merger, with current T-Mobile CEO John Legere - champion of T-Mo's 'Uncarrier' campaign - reportedly taking the top job at SoftBank USA. Deutsche Telekom, T-Mobile’s largest current investor, is expected to retain a 20% stake in the new company.

The deal is said to be more or less finalised, and may even be announced in the next few days. Even if it is, though, it will still be subjected to regulatory approval before the agreed terms of the merger can be fully enacted. In 2011, T-Mobile was the target of an acquisition attempt by AT&T, but regulatory issues and widespread outcry led to that deal being dropped, much to Sprint's delight.

SoftBank USA would become the second largest in the US in terms of customer numbers, leapfrogging ahead of Verizon, and just 1.3 million behind AT&T.