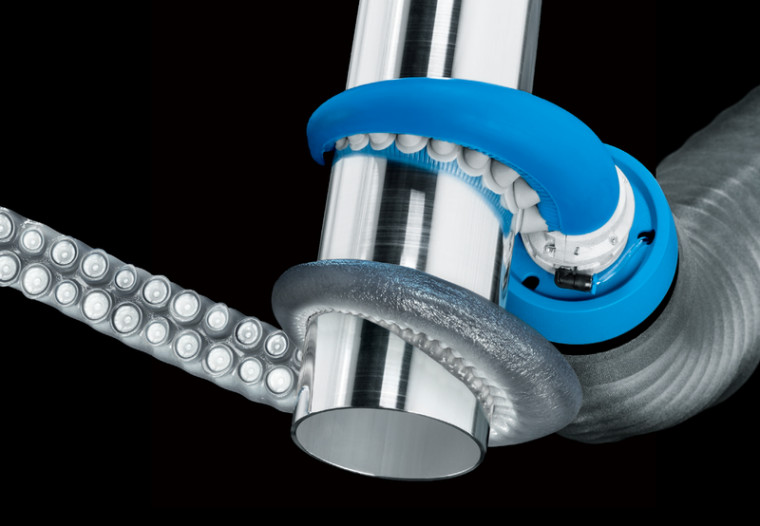 Researchers have invested heavily in improving the abilities of robots to manipulate objects. Back in September, last year, we had Nvidia unveil a new algorithm⁠—6-Dof-GraspNet⁠—that allowed robots to pick arbitrary objects. A month later, we saw OpenAI showcase Dactyl, a robotic hand that taught itself the art of solving a Rubik's Cube.

Now, a team at the Wyss Institute at Harvard in collaboration with colleagues at Beihang University has created a soft robotic arm of sorts that is inspired by the tentacles of an octopus. Interestingly, like an octopus, it has suction cups too. This novel design choice allows the soft robot to grip, move, and manipulate a wide range of objects including thin sheets of plastic, coffee mugs, test tubes, eggs, and even live crabs.

To begin their work, the researchers first studied the tapering angle of real octopus arms and chose a design for bending and grabbing objects that would work best for a soft robot. Then the team also implemented the suckers of an octopus with suction cups, which allow the arm to attach itself to a wide array of objects. Zhexin Xie, Ph.D., co-first author of the paper and a graduate student at Beihang University corroborated:

“We mimicked the general structure and distribution of these suckers for our soft actuators. Although our design is much simpler than its biological counterpart, these vacuum-based biomimetic suckers can attach to almost any object.”

Once the robot was built, the team controlled the robot with two valves. One valve applies pressure to bend the arm while the other acts as a vacuum that engages the suckers. Naturally, varying quantities of pressure and vacuum suction allow the robot to be robust and grip numerous objects.

Katia Bertoldi, Ph.D. who is an Associate Faculty member of the Wyss Institute commented on the research work and lauded it for providing new insight into the domain of soft robotic actuators:

“The results from our study not only provide new insights into the creation of next-generation soft robotic actuators for gripping a wide range of morphologically diverse objects, but also contribute to our understanding of the functional significance of arm taper angle variability across octopus species.”

The team's findings are published in Soft Robotics. If you are interested in finding more about it, you may study the paper here.