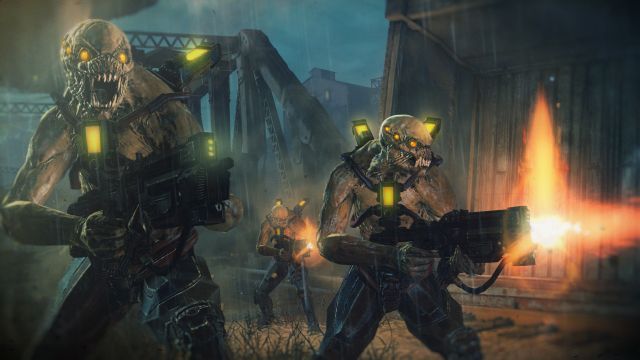 The recent alien invasion movie Battle Los Angeles is heading to Blu-Ray soon, but even if you had no plans to pick this movie up, you might want to reconsider if you are a fan of the Playstation 3 and/or first person shooters. G4TV's X-Play show today revealed that all Blu-Ray copies of Battle Los Angeles will also include a playable demo of Resistance 3, the third game in the alternate history themed sci-fi first person shooter series from developer Insomniac Games.

The Blu-Ray release date for Battle Los Angeles is currently scheduled for June 14, a mere three months after the critically panned movie debuted in theaters. As far as the Resistance 3 demo contained in the Blu-Ray, G4TV.com's web site adds that players will be treated to about a half hour or so of gameplay from the upcoming game. The demo's setting is described as a "creepy boat ship." Oddly enough the movie Battle Los Angeles had a billboard on its set that showed the logo for Resistance 3.

For those of you not up to speed on the Resistance series, it takes place in the 1950s where World War II never happened. However the world has to deal with an even greater threat; the alien race known as the Chimera who swarm out of Russia, seeking the elimination of mankind. The first Resistance game took place in the UK while Resistance 2 saw the Chimera invasion hit the United States. Resistance 3 takes place in an occupied US in 1957 with the player character trying to lead a, what else, resistance movement against the aliens. The full game will be released as a Playstation 3 exclusive on September 6.