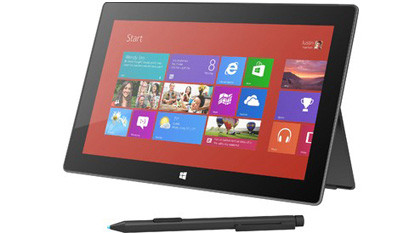 Microsoft's isn't usually the first company name that springs to mind when someone says "cool" but according to a new Reuters/Ipsos poll that might be changing.

The poll involved approximately 850 tech savvy people in the 18 to 29 age group and participants were asked to say how "cool" a certain technology company seemed now and how that stacks up to previous years. Surprisingly for some, Microsoft ranked quite high in this poll with 50% of the respondents saying that the company is "cooler" now than in previous years. This standing outranked Facebook and Twitter, both social networks scoring in the 40% range. However, Microsoft was surpassed by Apple and Android with both of the brand names scoring quite higher in the poll, Apple getting 60% and Android ending up at 70%.

Josh Johnson, a 24-year old media arts student and participant in this poll said he was impressed with Microsoft's efforts surrounding Windows 8 and Windows Phone. "It's more customisable, and not as rigid as an Apple iPhone, where you have to buy all the products from Apple. I know Apple is the cool hip brand right now, but if Microsoft keeps coming out with new tech I'm sure it'll be back soon".

Of course this poll has to be carefully analyzed before conclusions can be drawn. "Coolness" is definitely not quantifiable and it represents a rather obscure state of mind and point of view that consumers have towards companies and products. Just the fact that Microsoft and Apple both of whom are companies, were compared to Android, which is an operating system, should raise some eyebrows.

But the poll certainly seems to point in one direction: people's view of Microsoft is slowly but surely starting to change just as an earlier poll seemed to suggest. Efforts by the company to try and be a more agile and innovative company seem to be paying off at least in mindshare if not in actual sales and this may prove crucial in the near future.