Microsoft has begun to roll out the Nokia Lumia 930 around the world, with the new flagship Windows Phone 8.1 handset most recently going on sale in the United Kingdom. The 930 is the international version of the Lumia Icon, which launched exclusively on Verizon in the United States in February. 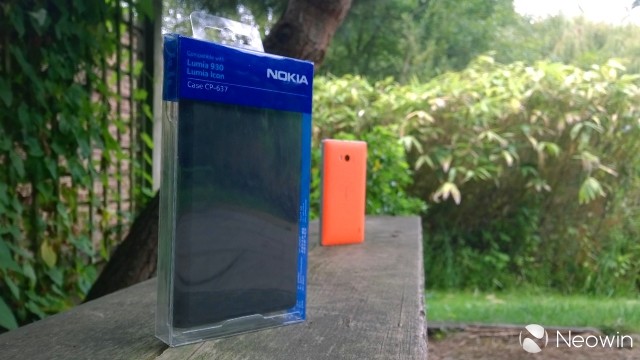 With the availability of the Lumia 930, Microsoft has also launched a new accessory for the handset. The Nokia CP-637 is a case designed to fit the Lumia 930 and the Icon.

The CP-637 may not have a particularly snappy name, but what it lacks in branding cachet, it makes up for in both function and style. 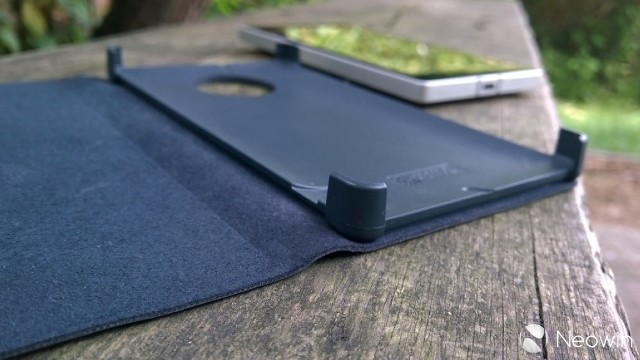 The inside of case features a rigid plastic shell, which the handset slots into. The fit is snug, but not so tight that it becomes a chore to insert or remove the device from the case.

The handset feels completely secure once it’s in place; you won’t feel like there’s any danger of it slipping out of the case when it’s in your bag, for example. 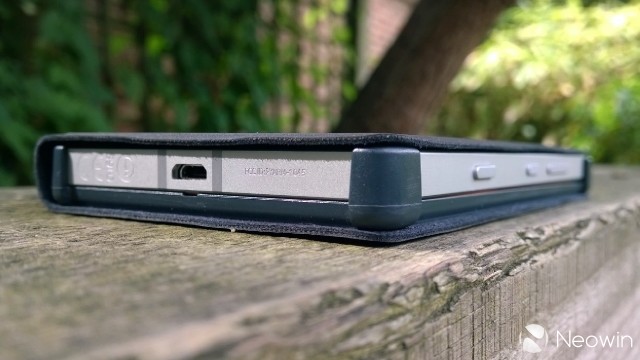 Crucially, the shell protects the corners of the device, while still providing access to all of the buttons and ports around its edge. This makes it easy to continue using the handset as normal while it’s in the case, while offering protection for the vulnerable corners, should you happen to drop it. 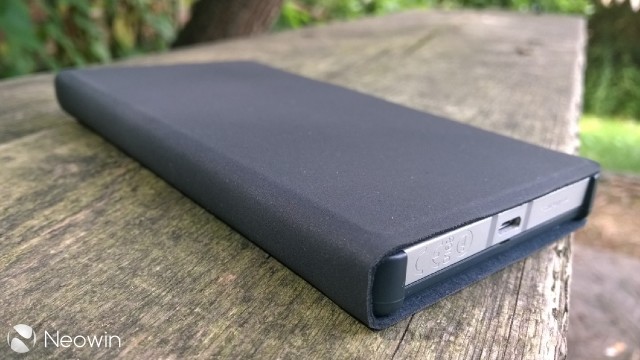 Helpfully, the exterior features a soft-touch finish that’s not just lovely to hold, but which also provides an excellent amount of grip, making it that little bit less likely that it will slip out of your hand. One downside of this, however, is that it holds on to dust remarkably well; this issue is less visible on the orange and green versions than on the black case shown here. 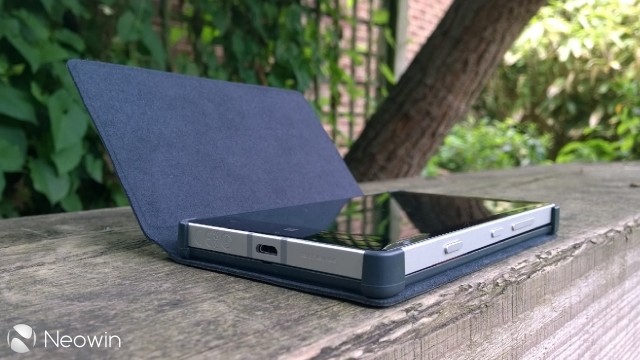 The front of the case is a book-style flip cover that can be easily opened and closed as needed. It’s fairly stiff – which is important, since its job is to protect the screen – though not quite as rigid as the rear shell in which the handset sits.

When closed, the cover doesn’t ‘attach’ to anything – there are no fancy magnets or clips to hold it in place – so it’s simply a case of flipping it open or closed as needed. This does mean, however, that if you drop it, there’s nothing to stop the cover from opening before the device hits the ground, which means that your screen could still suffer some damage in the event that it flies out of your hands. 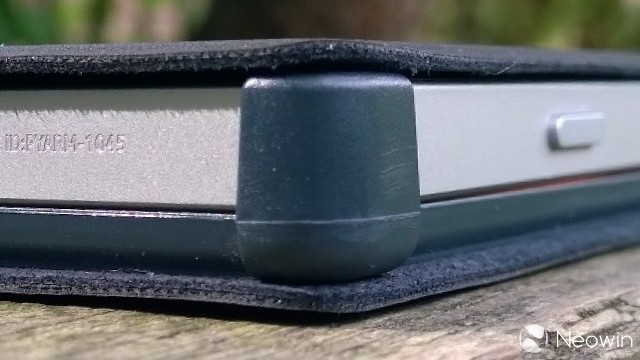 We performed a few drop tests from up to one meter off the ground onto stone paving, and the case bore the brunt well, with no visible damage of any kind to the handset. The corners of the case got a few scuffs and scratches, but that's exactly the point - the case takes the damage so the phone doesn't have to.

The success of the case in protecting the device will depend very much on exactly how the handset leaves your grip and makes contact with the ground. If you trip up and send the encased phone into a flying spin, it could well soar much higher than a meter and impact awkwardly on something other than a flat sidewalk. No case can guarantee that your phone will always be immune to damage in this kind of scenario, but the extra protection that the CP-637 offers will at least give your Lumia more of a fighting chance than if there was no case at all. 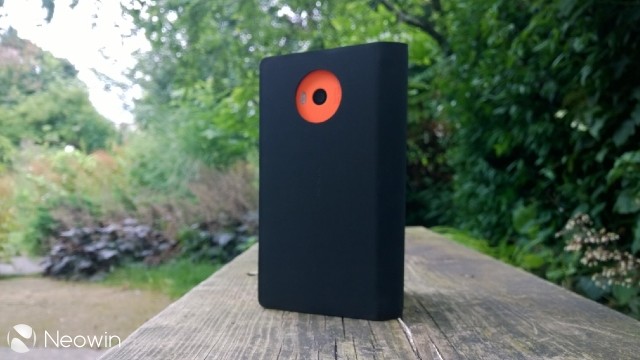 The rear of the case features a large cut-out for the camera. With the black version of the case that Microsoft UK provided to us for our upcoming review of the Lumia 930, this provides a rather pleasing contrast between the case and the bright orange of the handset.

The case is also available in bright orange and green, so you can choose either to embrace this colour contrast, or simply match the case to the colour of your device (although those that purchase the white version of the Lumia 930 may be disappointed to learn that there is no matching white CP-637 case available). 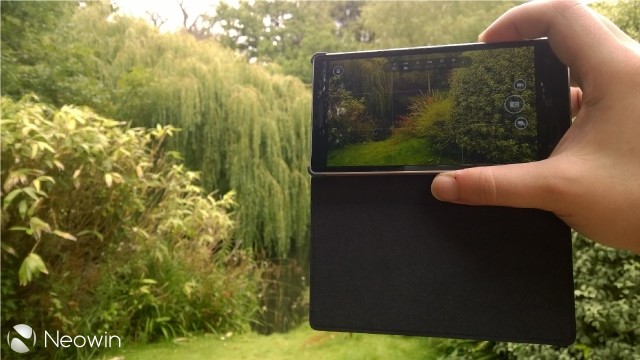 If you need to take a photo with the 930/Icon, the front cover will dangle below the device, since you can’t fold it to the back without obscuring the camera. Even so, this isn’t a big problem, since it’s very easy to hold with one hand while snapping a pic, thanks to the excellent grip offered by the exterior of the case.

Flagship handsets aren’t cheap to replace or repair, so a case is always a worthwhile investment. Even so, we know that many users are often reluctant to purchase one, since most cases effectively ‘hide’ the device itself, and that’s a shame, especially with handsets as good-looking as the Lumia 930 and Icon.

The decision on whether or not to buy a case will always come down to personal preference, and whether or not you want to take the risk of not protecting your device in favour of showing off its beauty. But if you are planning to get a case for your Lumia 930/Icon, the CP-637 is a great choice. 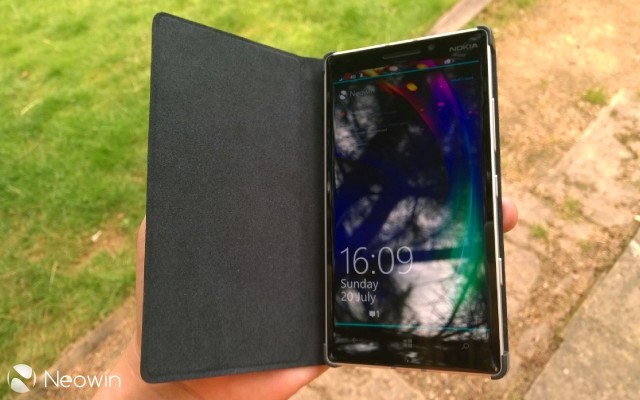 The one disappointment is that there is no mechanism to ensure that the case remains closed – but this is a common complaint among phone cases, so Nokia can’t be marked down too harshly for this.

It is available to purchase now for roughly $40 in the US, £25 in the UK and €30 in continental Europe (although availability of the case - and the various colour options may be limited initially, until the Lumia 930 is more widely available). That's perhaps a bit on the pricey side for a relatively basic accessory, but we expect that price will come down once the usual early-adopter price-gouging has passed.

Overall, though, the CP-637’s stylish looks, thoughtful design and robust construction make it the ideal companion for the Lumia 930 and Lumia Icon.