Sony's first big hit of the year for the PSP is here, and it's great. This game is a portable beast, from a fun campaign to an addicting multiplayer, this game is one bad ass experience that every should partake in.

The game evolves around a former British army soldier turned mercenary James Grayson. After witnessing the conversion of his brother, the process in which the Chimera turn humans into beings like them and is forced to kill him, prompts him to go into a murderous rampage against all Chimera.You control him throughout the game in his quest to kill as many Chimera as possible. The Chimera are monsters who have invaded earth in during the 1950's. The game has a very large post WW2 feel to it which is great. The story may not be anything unique, but the setting are top notch, especially for a PSP game. As the game goes along, you will love James more and more because he is your typical badass. You will fight for the Maquis, a french resistance faction, the British and for yourself. For those who have played the Resistance titles for the Playstation 3, this game takes place between the two tiles that have been released for the PSP bigger brother.

The gameplay itself is very similar to that of the Syphon Filter games for the PSP. By default you look around with your joystick, move around with the square, triangle, circle and x buttons and shoot with the trigger buttons. The d-pad buttons are primary for weapon control (reload and change weapons). The controls work well for the system and it's a scheme followed by almost all third and first person shooters on the portable system. The game features an auto-aim and auto cover system that works really well for this type of game. With the lack of dual analog sticks on the PSP, this works really well. It lets you concentrate more on the killing, other then trying to move around. The game itself is pure run and gun. You pick a gun that you like or is best for the situation and you use it to your hearts content, but this doesn't mean that you don't ever need to cover. Using cover in this game is essential and timing when to and not to shoot is key. 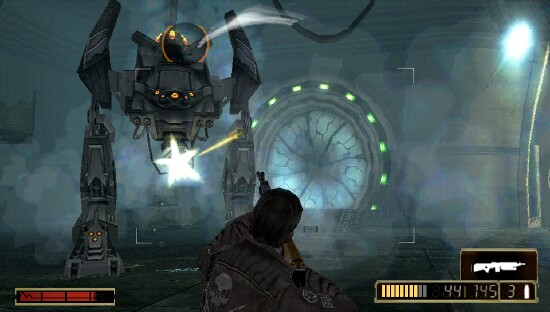 The game also features a large variety of enemies which will always keep things interesting.The A.I. of the enemies of the game is pretty well done for the most part. They will use cover, try to flank you and work as a team overall to try to kill you. Each enemy is unique and the way they try to come at you really depends on who you are facing. Every once in a while you will have some help as well, but those helpers are pretty much useless except they will distract the enemy. I really wish more would have been done with these, to give it a more of a Gears of War type of feeling.

The game is also regrettably infected with quick time events. While quick time events themselves are not bad (see God of War), the way they are implemented in this game is useless at bad and the game itself would have been a bit more enjoyable if they were not there. For example, to pull a switch why should i have to keep hitting the x button over and over again?

In between the fierce action are cutscenes that explain what exactly is going on the develop the story. The story itself of Resistance may not be anything special, but the character development of James Grayson will keep gamers hooked. 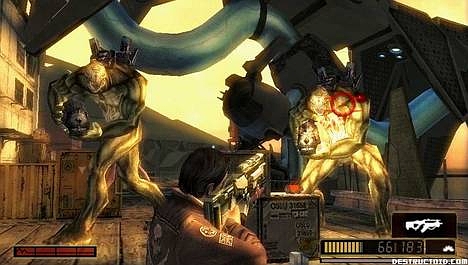 One thing that may turn off the hardcore is the aiming system itself, and the fact that their are health packs and ammo clips everywhere. It kinda of feels like the game itself is doing everything for you, but those complaints will be stopped when the game decides it wants to be a jerk and throw wave after wave of attackers that get bigger, stronger as the game goes along.

There are a ton of items and skill points to get in this game, which really gives incentive to go through it again once you have completed it. They are not all easy to find or get, so some Sherlock Holmes'esk searching ability will be needed.

The graphics of the game are nothing special. While the game itself is not bad looking, on the contrary, it looks very good for a PSP title, it doesn't really hold up against titles such as God of War: Chains of Olympus and Final Fantasy 7: Crisis Core. The colour palette of the game is very Gears of War like, shades of grey and dirt coloured textures are everywhere, but it makes sense considering the setting of the game. 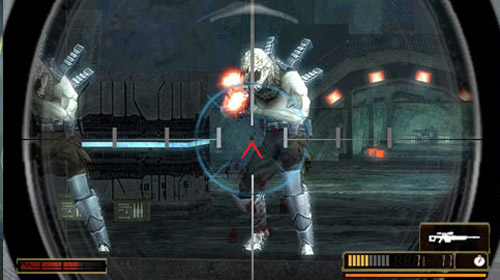 The wide variety of enemies is nice too, as it never makes the game feel stale. The environments are also varied, and the game has realistic weather patterns. Fighting in the snow and heavy winds is a pretty cool effect. The underwater parts of levels are also fun and well constructed. The map design is great too, you never get lost, and you never turn back so everything is always fresh.

One word describes the sound of this game, amazing. From its orchestrated soundtrack and the realistic weapon sounds, I highly recommend playing this game loudly with a good pair of headphones. The voice acting in the game is also well done, each of the main characters sound unique and by the end of the game, you can easily pick out all of the characters voices. A lot of emphasis went on sound in this game and it paid off handsomely.

This game is officially the king of multiplayer on the Playstation Portable. The game features the basics gametypes of deathmatch, team deathmatch, capture the flag and two unique ones such as Assimilation and Containment. Assimilation is where you start of as a Chimera, and your goal is to kill the Maquis soldier and turn them into Chimera. The thing about this is that the smaller team will be the stronger one. The single Chimera or Maquis soldier will have a lot of fun as they are almost indestructible. In containment mode, the goal is to hold coolant nodes for as long as possible. 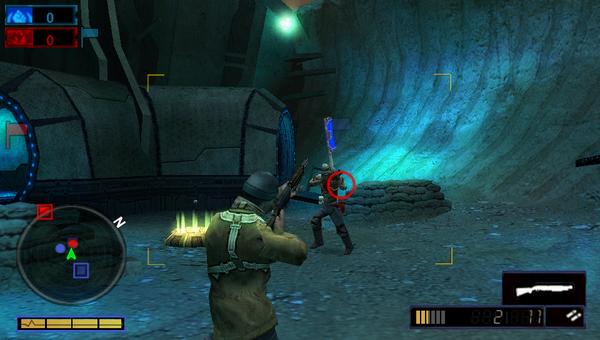 The multiplayer modes are great and is generally a lot of fun. You can create clans, set up friends list which are all linked to your PSN id. Also all stats are tracked in ranked game modes and can be tracked on MyResistance.net.

I liked this game a lot. The single player campaign was fun, never really got old. While sometimes it felt impossible, but after each death you do learn from your mistakes and new strategies are born. The items and skill points will motivate players to go through the campaign again and the multiplayer is amazing. This is one bad ass game that won't get old anytime soon. This is a must have for any action shooter fans on the PSP.