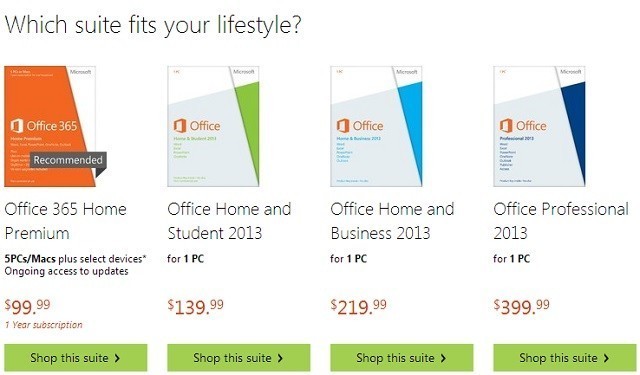 Rumors have already hit the web that Office 2013 owners will get a major upgrade for the software suite later this fall, with Microsoft's team working under the code name "Gemini." Now a new report claims that Microsoft will offer feature updates for its Office 365 subscription customers much sooner than "Gemini's" release.

ZDNet.com's Mary Jo Foley reports that the Office 365 subscription versions, both for clients and for servers, will get new features sometime in June or July. Jeff Teper, Microsoft's Corporate Vice President for its Office Servers and Services division, says that the company has been setting things up to offer speedier updates and upgrades for Office software for the past two years.

Part of this change means that different Office teams are now working on different schedules. For example, the Office RT team does not need to be working on their updates at the same time as the Office 2013 team. The cumulative effect is that Office products will now get major feature updates much sooner than two or three years, which is what Microsoft has done in the past.

Microsoft is not revealing specifics on what Office 365 subscribers will get in terms of updates this summer, but it does admit some of them will relate to Office connecting to Windows Azure, Microsoft Dynamics and Windows Intune services.