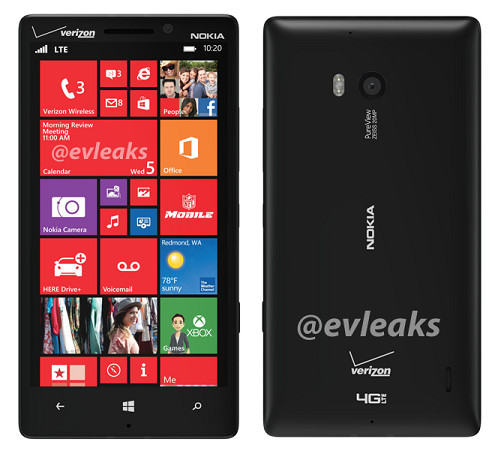 Nokia has not officially admitted the existence of the Lumia 929 smartphone, but rumors about the 5-inch device started popping up on the Internet in September. Now a new report, via unnamed sources, claims the 929 will go on sale on Thursday, November 21st exclusively from Verizon Wireless.

The story, from NokiaPowerUser, also claims the Verizon version of the Lumia 2520 tablet will go on sale from the wireless carrier on the same day. The report states that Verizon will sell the 10.1 inch Windows RT 8.1 tablet for $399.99 while the Lumia 929 will sell for $199.99, with two year contracts. However, the same story also claims Verizon may offer a deal to sell the 2520 to customers for just $199.99 if they purchase it as a bundle with the 929 smartphone.

Just a reminder: The previous reports about the Lumia 929 claim it will have a Qualcomm Snapdragon 800 processor running at 2.2 GHz, 2 GB of RAM, 32 GB of onboard storage and a 20 megapixel rear camera.

If this rumor is true, next week could be a huge one for Nokia fans in the U.S. AT&T has already confirmed it will be selling its version of the 2520 tablet, along with its exclusive 6-inch Lumia 1520 smartphone, starting on November 22nd.