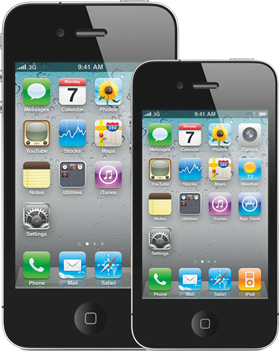 A new rumour circulating the Internet points towards Apple working on three different sizes for the iPhone 5, which is scheduled to launched this summer.

As reported by DigiTimes.com, Apple is working on a 4-inch model for the iPhone 5 to compete with Android's larger screens. As many consumers are already aware, Android handsets come in a variety of different sizes, some of which offer screens larger than four inches.

Apple's biggest competitor, Android, has been crowned the world's leading smartphone platform, putting pressure on Apple to change its market strategy and come out with new models. Recent rumours show that Apple is working on a smaller "iPhone nano"-like model, which will be cheaper, smaller model of the existing iPhone.

As Cnet report, Apple is working on three different styles of iPhone, including one with a slide-out keyboard and another with a longer battery life and upgraded camera. The interesting concept of an iPhone with a physical keyboard seems very unlike Apple, but with Android rapidly leaving iOS in the dust, Apple may just make radical changes to their hardware lineup.

Currently, the iPhone 4 comes with a 3.5-inch multi-touch display, so the change to a 4-inch model won't be a dramatic change. However, with all rumours, take this information with a grain of salt.