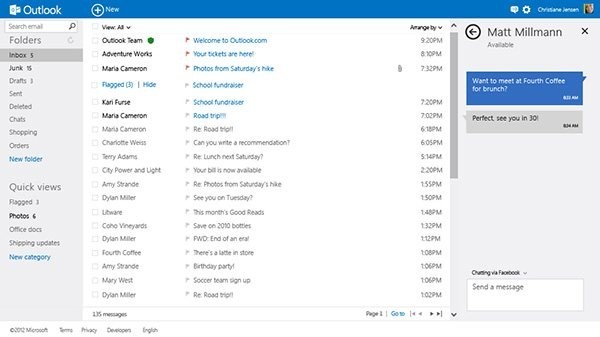 In December, Google announced as part of its "winter cleaning" efforts that it would no longer support adding new devices for the Exchange Active Sync protocol for accessing Gmail, Calendar and Contacts after January 30th. That means that new Windows Phone 8 devices, along with PCs that use the Windows 8 Modern UI, would no longer be able to sync up their Gmail calendar and contacts, although access to Gmail itself would still be possible with the IMAP protocol.

Now The Verge is reporting, via unnamed sources, that Microsoft is making plans for Windows Phone 8 devices to support CardDAV and CalDAV protocols. which are supported by Google. Furthermore, those plans have apparently been underway for some time because Google reportedly informed Microsoft of their decision to drop EAS support earlier in 2012. This would seem to go against a previous statement from Microsoft which claimed they were "very surprised" at Google's move to dump EAS.

Meanwhile, the January 30th deadline is approaching quickly. The new report claims that Microsoft has asked Google for an extension to the EAS date so they can get the CardDAV and CalDAV protocols ready. However, Google has apparently not responded to Microsoft's pleas for said extension.