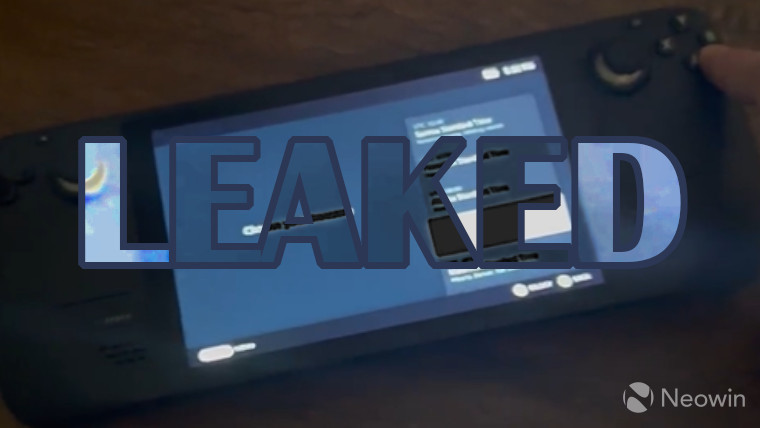 The Steam Deck has been making its way into the hands of developers for a few months now, and details of their experiences with the unit have been scant. Mostly we've seen developers sharing gameplay of their titles on the deck, and it's all been very promising. However, we rarely get any interesting intel from these posts, but sometimes something new slips through.

Last week, details emerged from an internal Steam developer's forum regarding the Steam Deck's default image and there was even a mention of the boot process becoming more polished. Now we're able to see that boot process and out-of-box-experience in action.

Yesterday a development unit landed in the hands of Alex Koshelkov, Founder & CEO of Crytivo. He proclaimed via Twitter that “Christmas came early this year”. He then revealed the Deck's OOBE.

The Steam Deck has a lot on its plate from a polish perspective. It aims to be compatible with 1000s of Windows games through a compatibility layer called Proton and it aims to do so seamlessly. But if the numbers at ProtonDB and adoption of their open-source tech by Amazon are any indication, there's a lot to look forward to here.

Alex founded the Russian development house Crytivo in 2013, finding success with games like Farlanders: Prologue, The Universim, and Weaving Tides. In 2020, Crytivo entered the world of publishing, producing Kickstarter-backed games for the likes of Soda Den, Ironheart Studios, and more. They now operate a games storefront ala Steam and Epic Games which technically makes them a Steam competitor.