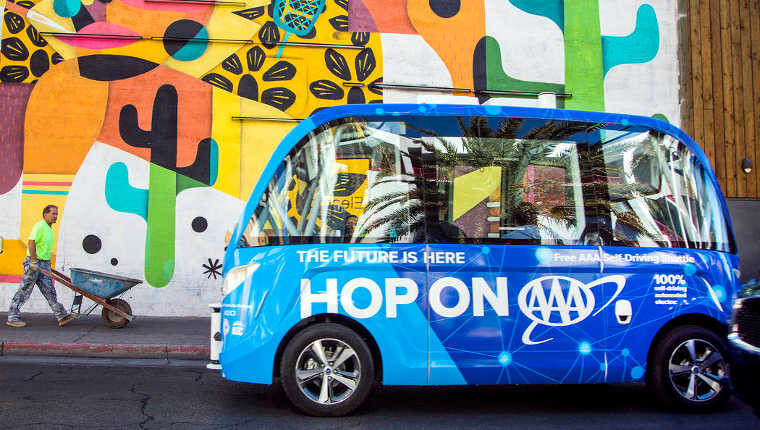 United States federal transport safety officials are now investigating a recent accident between a self-driving shuttle bus and a lorry which was doing an illegal maneuver when it hit the autonomous vehicle. Awkwardly for the Navya Arma, the autonomous vehicle, it got hit on the same day that it went into service causing doubts about the nascent technology.

A team from the US National Transportation Safety Board (NTSB) headed to Las Vegas on Friday to investigate the incident with spokesman Christopher O’Neil saying that the NTSB wants to learn more about “how self-driving vehicles interact with their environment and the other human-driven vehicles around them.” O’Neil confirmed that while other accidents have happened involving self-driving vehicles, this is the first involving a vehicle operating as a public service.

After the incident, the Las Vegas police ticketed the driver for their illegal maneuver and said that the “shuttle did what it was supposed to do, in that its sensors registered the truck and the shuttle stopped.”

The Automobile Association of America (AAA) of Southern Nevada, which is one of the sponsors of the shuttle, has expressed its willingness to working with the NTSB in order to help further the investigation.