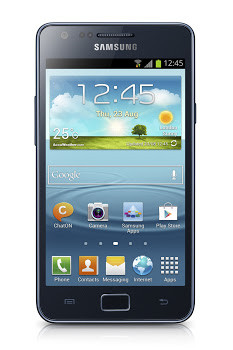 How many Galaxy S smartphone models will Samsung release? Apparently as many as the company thinks will sell. Today the company announced the Samsung Galaxy S II Plus, a new version of the smartphone that first launched in May 2011.

While the original Galaxy S II ran on Android 2.3 (Gingerbread), the Galaxy S II Plus will come with Android 4.1 (Jelly Bean) out of the box. It will still have a 1.2 Ghz dual core processor inside and a 4.3 inch Super AMOLED display. It will also come with 1 GB of RAM, 8 GB of storage, an eight megapixel rear camera and a two megapixel front facing camera.

Other than the Jelly Bean Android OS and some Samsung-created apps, there isn't a lot that's new inside the Samsung Galaxy S II Plus compared to the original. The company has yet to give a release date and a price for the smartphone but it's likely that with almost no changes to the hardware, the Galaxy S II Plus will have a budget minded price point. Meanwhile, people are still awaiting the official announcement for the Galaxy S IV, which could come sometime later this spring.