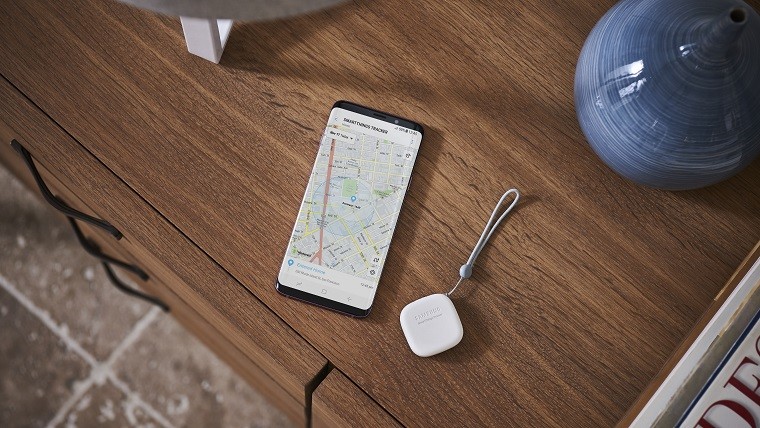 Object trackers such as Tile have been around for a while, and they help users keep an eye on their valuables by connecting them to their smartphone via Bluetooth. They work by sounding out an alarm whenever the two are out of wireless range of each other. You may recall that Nokia had its own take on the technology back in 2014 in the form of the Treasure Tag, bringing the tracking features to Lumia devices.

The obvious limitation with Bluetooth is that it only communicates in a very limited range, and it can't really do much for objects that are already far from the user. To address that, Samsung today announced the SmartThings Tracker, an object tracker that works over LTE-M, keeping it connected at all times for up to a week on a single charge. Users can keep track of their objects using the SmartThings app for Android and iOS devices, and it can be accessed by multiple users at the same time.

Thanks to its always-on connectivity, the tracker can also serve as a trigger for turning on lights when arriving home. It's also possible to set up geofencing zones and create alerts for when tracked objects enter or leave that area, which can be used to track pets who may have run from home, for example. The device also features an IP68 rating for water and dust resistance, making it suitable for use in most environments without compromising its tracking capabilities.

Samsung's SmartThings Tracker will launch later this week on September 14 through AT&T for $99. This includes LTE communication for 12 months after which you'll be paying $5 per month to keep using the device's features. Verizon will also sell the tracker later this year. You can preorder it from Samsung's website right now.