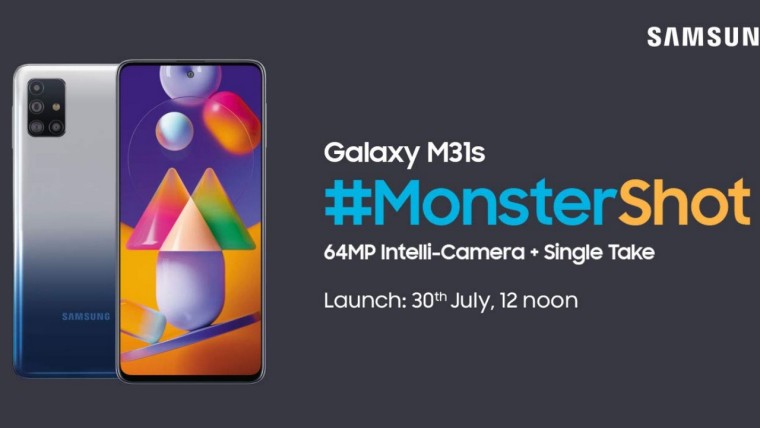 After launching the Galaxy M01s smartphone in India, Samsung has now confirmed the launch of yet another M series smartphone, the Galaxy M31s. The announcement has been confirmed for the 30th of July and Samsung along with it also made official a few of the handset’s features.

The launch date along with the budget smartphone’s features was made official after Amazon India put up a special page detailing the same with a ‘notify me’ button for interested buyers. The same source also revealed that the update to the M31 will feature an Infinity-O sAMOLED display of FHD+ resolution with a centered hole-punch at the top..

Also confirmed is the 64MP quad-camera setup at the rear that features Samsung’s 'Single Take' camera mode, which lets you snap all sorts of images and videos with a single click. The page also confirmed that the smartphone will pack in a 6000mAh battery with 25W fast-charging and wired reverse charging as well.

With most of the features now confirmed, all that’s left to see is the resolution of the selfie camera, the chipset, RAM, and storage options, all of which should be revealed on the day of the launch.