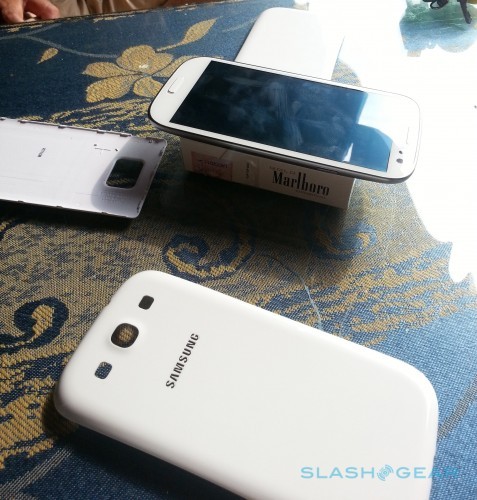 Technically, the Samsung Galaxy S III isn't supposed to go on sale until sometime next week in other parts of the world. That hasn't apparently stopped a few lucky people from getting their hands on the latest Android-based smartphone from Samsung. Slash Gear reports that one of its readers in an unnamed country in Asia managed to purchase two units of the Galaxy S III.

The story confirms that the smartphone comes with a way to get a whopping 50 GB of free cloud storage from Dropbox. This version also has the new and powerful 1.4 GHz Exynos 4 quad core processor. When it is released in the US, the processor will only have two cores but will add support for LTE networks.

The Galaxy S III is also supposed to have 1 GB of RAM, a 4.8 inch HD Super AMOLED touch screen with 1280 x 720 resolution, an eight megapixel rear camera and a 1.9 megapixel front facing camera. The phone comes with Android 4.0 along with Samsung's own TouchWiz user interface.

As we have reported before, pre-orders for the Galaxy S III have already broke sales records for UK-based wireless carriers. They will start selling the smartphone on May 30th. The US market will have to wait until sometime this summer to get the smartphone.