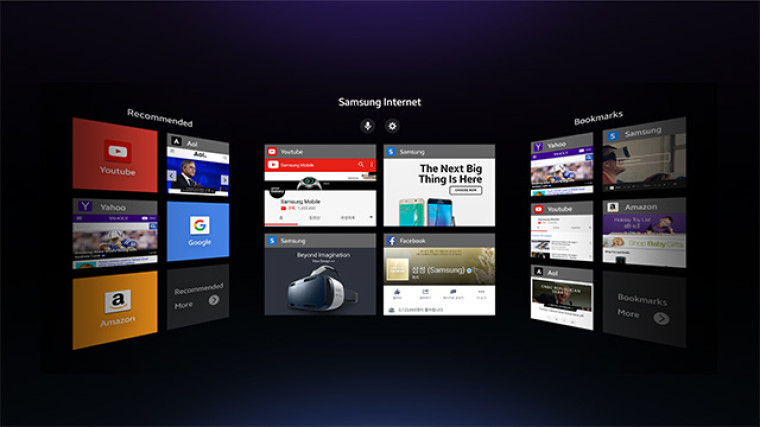 Samsung has recently announced the launch of 'Internet for Gear VR', a web browser specifically optimized for its Gear VR headset, which went on sale last month for just $99 in the U.S.. It is a beta version at this point, but it will go a long way towards expanding the VR content available to users of the device.

The company is committed "to provide our users with a fully immersive mobile experience in the evolving world of virtual reality" and “as the demand for 360-degree, immersive video content rapidly rises - Samsung Internet for Gear VR further enriches the VR content ecosystem for our consumers, setting an industry standard for the VR viewing experience”, said Chan-Woo Park, Samsung VP.

So what exactly can you do with 'Internet for Gear VR'? Well, you can access pretty much any website, and you can use voice search, as well as easily access menus by merely looking at them - through a feature called 'Gaze Mode'. The company says that you can also import and manage bookmarks from Internet for Android.

And now for the cool part, the app will offer access to 3D and 360-degree video streaming, such as what is available on YouTube's 360° Channel (as well as 3D ads), as well as normal 2D HTML5 video. The tabs will be displayed as floating windows, and upon opening the app, you'll have quick access to recommended pages and bookmarks.

For those of you who own the Gear VR, you can download the new app in the Oculus Store starting December 2nd.