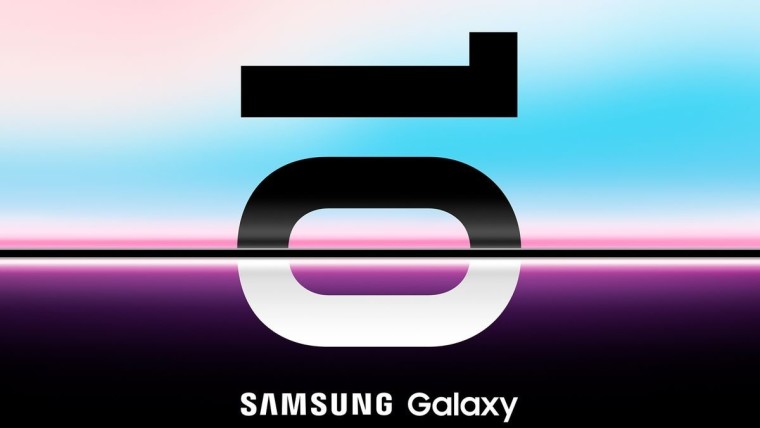 Samsung is all set to unveil its 2019 lineup of flagships at an event on 20 February at San Francisco. The trio of smartphones, expected to be called Galaxy S10, S10+ and S10e, have been leaked extensively through many sources, giving us a fair idea of what to expect from these devices. However, another device that might be unveiled at the event accompanying the phones, if a leaked promotional image is to be believed, is the Galaxy Buds wireless earbuds.

The image contains a pair of wireless earbuds resting in a carrying case, placed on what looks to be a Galaxy S10 device. Similar to Apple’s AirPods, the case might be used to charge the earphones, which itself is also charged wirelessly. What’s interesting is that the source adds that the carrying case can be charged through the phone by placing it on the back of the phone. This provides credence to earlier rumors of some of the S10 lineup of devices sporting a reverse wireless charging ability, akin to what is present on the Huawei Mate 20 Pro.

Additionally, a trademark application and Bluetooth certification for the Galaxy Buds reinforce the existence of such a device, hinting at an impending unveil at the event later this month. If true, these earphones will rival Apple’s AirPods and Google’s Pixel Buds, along with many other wireless earphones on the market, such as the ones from Huawei.

Samsung's wireless earbuds are expected to be priced at €149 ($169), slightly higher than the $159 asking price for the AirPods and Pixel Buds. Whether the device will come with Bixby, Samsung’s digital assistant, built in﻿ is anyone’s guess. With the company’s Unpacked event scheduled to be held in less than two weeks from today, it shouldn't be a long wait to know if such a device will see the light of day.

Source: WinFuture.de Via The Verge