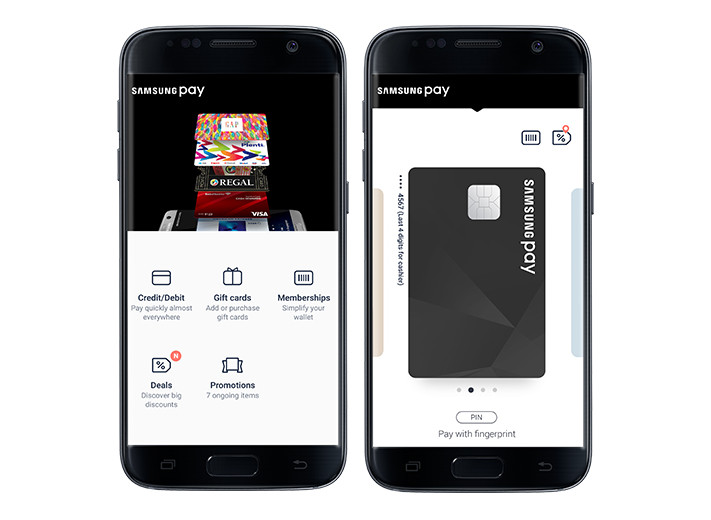 It has been a little over a year since Samsung introduced its 'Pay' service. The mobile payment platform has processed over a 100 million transactions and will now expand its offerings in the United States.

Samsung has announced plans to offer online and in-app payments for those in the US. In order to introduce these features to Samsung Pay, the company has partnered with MasterCard and will utilize its Masterpass feature. While not quite ready yet, the app will gain the aforementioned features sometime in 2017.

Just in time for the holidays, the Samsung Pay app will also be revamped with a new 'Deals' section that will give users location-based promotions for nearby shops and restaurants.

"Samsung Pay users will be able to locate discounts and coupons for nearby stores and restaurants through the new Deals feature within the Samsung Pay app, and redeem these deals instantly."

Lastly, the company also announced that it would be expanding its service to three new countries: Malaysia, Russia, and Thailand.