We’re only days away from Samsung’s major August 23rd Unpacked event, where the company is expected to unveil, to great fanfare, its new Galaxy Note8 flagship. However, it looks like the handset will not be the only new device on stage, with a new Gear Fit2 Pro wearable also being unveiled at the same time.

According to leaked internal documents shared with VentureBeat, the Fit2 Pro is building on previous experience that Samsung has with its Tizen-powered fitness trackers. The new device will bring some important improvements to this wearable line.

First up is the addition of water resistance of up to 5 ATM, a step ahead from the previous iteration of the device which was only splash resistant. Secondly, the new Gear Fit2 Pro will now include music playback, even supporting offline play for services like Spotify. 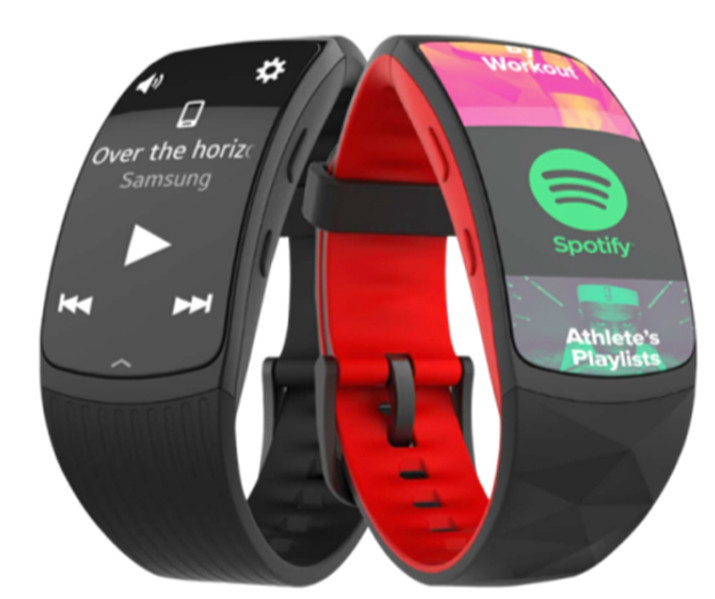 Finally, the device will also feature a better clasping system, much more comparable to that of a traditional watch. The fitness wearable, much like its predecessor, will also feature GPS functionality, be compatible with both iOS and Android, and integrate with Under Armour’s digital services.

Pricing and availability are still unclear at this point. Also unclear is whether the Gear Fit2 Pro will be sold alongside the regular Fit2 or whether the device will take over that market niche. However, we’re only one week away from Samsung making everything official, so more details will soon become available.