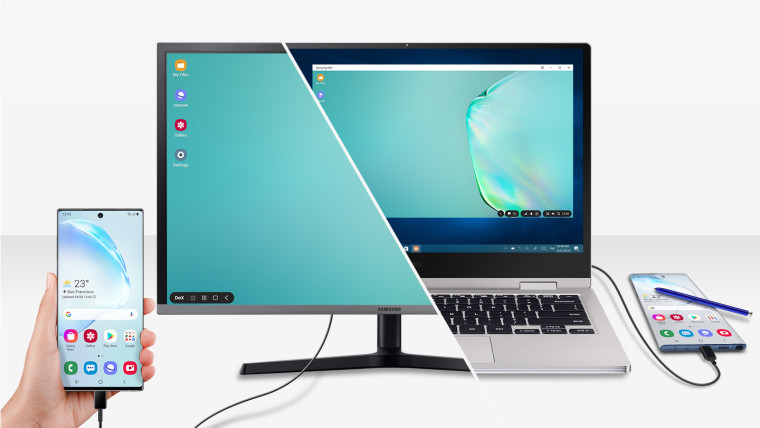 Samsung debuted DeX with the Galaxy S8 flagship back in 2018. The feature lets users extend their devices to a secondary screen and use Android apps for enhanced productivity. The idea resembled that of Microsoft’s Continuum. However, the original implementation needed a separate dock. The South Korean firm then updated the feature to work directly with an HDMI cable with the Note9, brought the capability to the S9, and even to the desktop with the Galaxy Note10.

However, an improvement for the function that the company acknowledged to be working on two years ago – which is still not present - was a wireless DeX connection. That feature might finally be making it to Galaxy devices if a slip up from the company is to be believed (spotted by XDA-Developers). The Samsung Tips app is currently displaying a card that reads ‘DREAM_DEX_HEADER_USE_DEX_WIRELESSLY_M_TIPS’ under the 'Become a power user' section, with a description that suggests that Dex can be used “on a TV without a cable”. The images in the tip provide a look at the UI to enable the feature.

The “DREAM” mention is an interesting one. The S8 and S8+ were codenamed ‘dream’ and ‘dream2’, which suggests that the company might be planning to release this feature to devices as old as the S8 series. Considering that the devices are almost two and a half years old, it would be surprising to see those phones get this feature.

Another tip that has been inadvertently added to the app is the Windows-like three-finger gesture feature to navigate between the task view screen and home screen. It is likely that the wireless DeX feature and the gestures could debut with the upcoming Galaxy Note20 series that is slated for launch on August 5. They could then be ported to older devices through a software update.