With online reports claiming that Windows Phone 8.1 has reached the RTM stage and is being sent to hardware makers, it's likely that Microsoft will officially announce new phones with the updated mobile OS very soon. However, a new report claims that an upcoming phone might not have Windows Phone 8.1 out of the box. 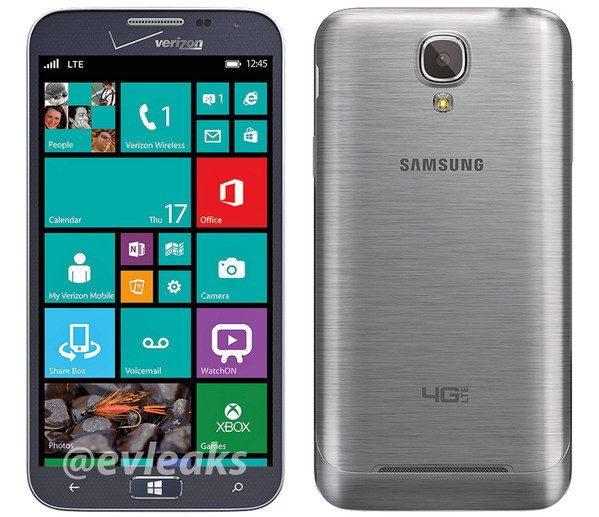 The Verge reports, via unnamed sources, that the rumored Samsung ATIV SE will only have the current version of Windows Phone 8.0 installed when it goes on sale in April. The phone will get the 8.1 upgrade sometime later. The article also repeats previous rumors that it will be sold as a Verizon Wireless exclusive.

The device is supposed to have a 5-inch 1080 display and The Verge claims that it will have a Qualcomm Snapdragon 800 processor inside, along with 2GB of RAM and 16GB of storage.

Microsoft will likely reveal more information about Windows Phone 8.1 as part of its BUILD conference in San Francisco later this week. Nokia will hold a press event on the first day of the conference in the same city, where it is expected to reveal one or more upcoming Windows Phone devices.

Source: The Verge | Image via evleaks