Owners of Samsung smart TVs have been voicing their frustrations in recent days, as the devices have been inserting ads into content where, frankly, they don't belong. This isn't just a case of the occasional banner ad appearing on a menu, either – as many owners have reported in recent days, the problem here is video ads, which have even been interrupting playback of users' own personal vids.

A discussion on Reddit has documented numerous complaints from those with Samsung smart TVs, and many sound similar to this example, from a user watching videos through the Plex app: "Every movie I play 20-30 minutes in it plays the pepsi ad, no audio but crisp clear ad. It has happened on six movies today." 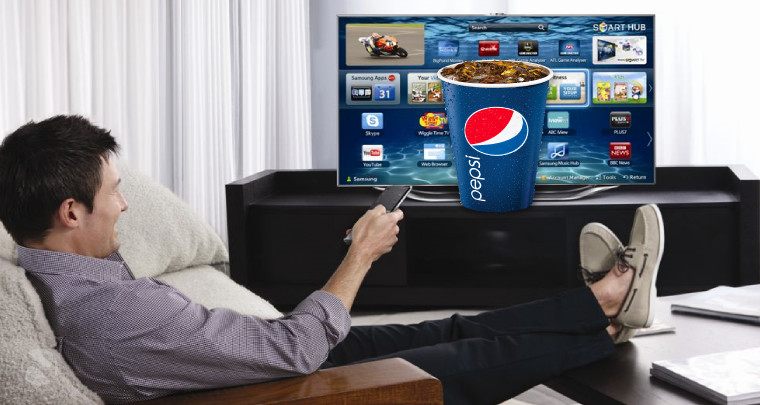 Plex later told GigaOM that it has nothing to do with the annoying new ads – and it's not the only company that has had to defend itself against complaints from irate customers as a result. Over in Australia, it sounds like the same Pepsi ad has been bugging viewers of the Foxtel TV service, as there have been many similar reports about it interrupting playback.

And just like Plex, Foxtel too has denied any involvement with the rogue ads. A spokesperson said that "this absolutely should not be happening and is being escalated immediately."

Samsung hasn't yet commented on the issue, or even acknowledged it, so if you've been suffering through the irritating interruptions of these 'mysterious' and intrusive ads, it looks like you may have to wait a bit longer until Samsung pulls its finger out and deals with them.

It's not been a good few days for Samsung's smart TVs. Earlier this week, the company came under fire after the privacy policy for its connected televisions was found to include warnings to avoid conducting sensitive or personal discussions near or in front of the TV set, which appeared to imply that it was 'always listening' to users' conversations. However, the company has since stated that this is not the case.

Update: BBC News reports that Samsung has now acknowledged the issue, and said that it is "currently conducting a full and thorough investigation into the cause as our top priority". The company says that the issue "has so far been reportedly only in Australia."