With just a few days to go until the big day, Santa and his team of elves have been pretty busy getting everything ready for the annual delivery run of presents to all the good boys and girls around the world. But the big man took a bit of time out of his hectic schedule to visit passengers on board Virgin Atlantic flight 11, flying from London Heathrow to Boston, which recently flew near to Lapland airspace.

Flight 11 was being operated by a brand new Boeing 787 Dreamliner, which has recently joined the Virgin Atlantic fleet, and which includes onboard Wi-Fi for passengers enjoying the airline's transatlantic service. Passengers on the flight were provided with an 8-inch quad-core 1.33GHz Linx Windows 8.1 tablet as they boarded, and were told that they'd find out more later. 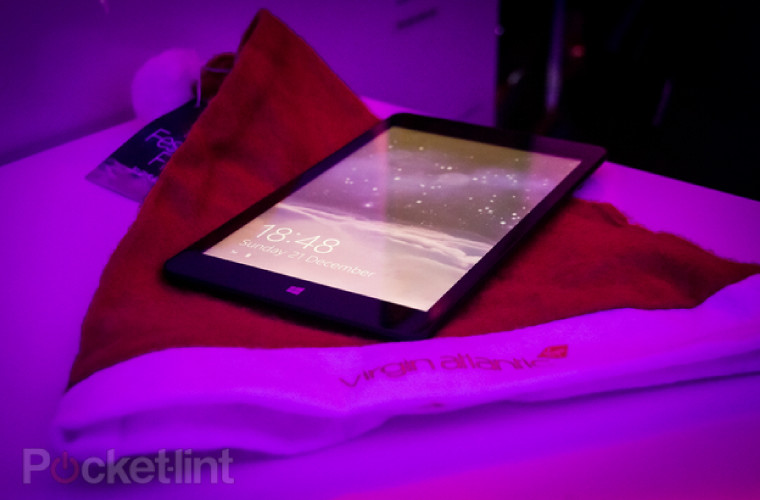 As it turned out, Microsoft had arranged a special festive treat for the passengers. A short way into the flight, the captain addressed the cabin to reveal that flight VS11 was just a hundred miles away from Father Christmas. On the tablets, the Santa Tracker app - jointly developed by Microsoft and NORAD - revealed that he was indeed close, and as if to prove this, Santa appeared in the chat room to answer questions from kids (of all ages) on the flight. 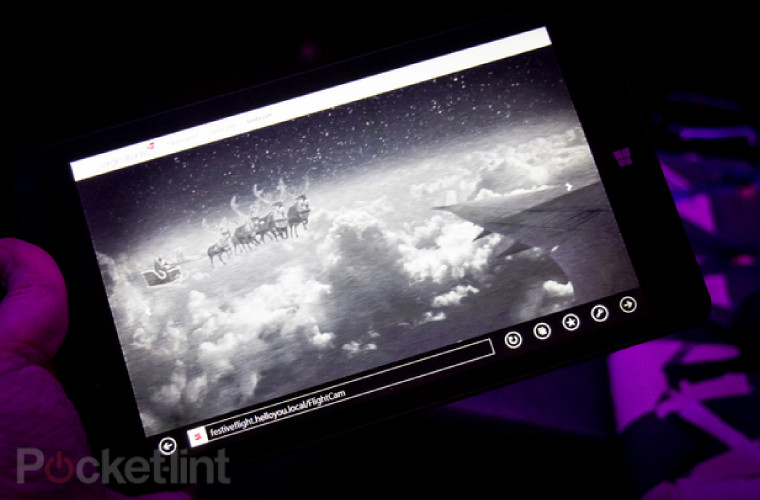 The captain then told the passengers that Mr Claus was in fact getting closer and closer to the flight, and invited them to check out the 'Santa Cam' on their tablets, which - to their astonishment - showed his sleigh approaching off the port wing.

But the real magic was still to come. Using carefully concealed projectors casting an image onto ceiling panels in the passenger cabin, Santa appeared to be standing on the outside of the 787's fuselage, wiping away snow from imaginary windows, before then 'boarding' the flight to say hello to everyone on board.

Check out the short video above to see how it all came together.

The passengers got to keep their Linx tablets, which - in addition to the apps included for the onboard festive experience - also came with various games and other Christmas-themed apps pre-installed.

The 243 passengers on VS11 were the only lucky ones to enjoy this particular festive treat - but they won't be the last ones to benefit from the partnership between Microsoft and Virgin Atlantic. The two companies have promised to 'collaborate on future tech initiatives', so Virgin Atlantic passengers may well have more treats to look forward to in the future.