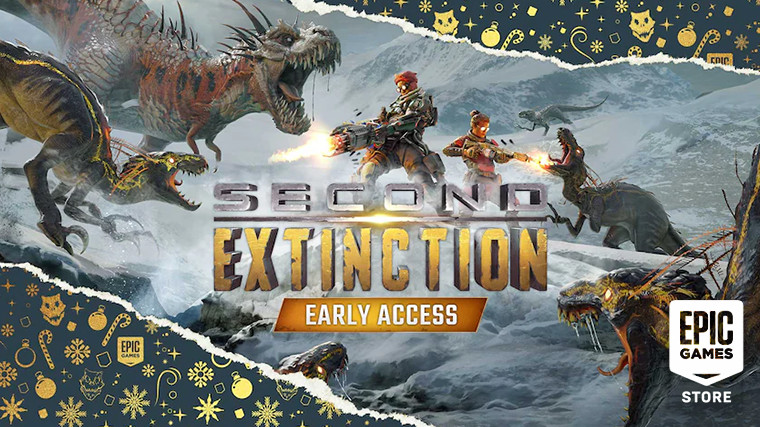 On the sixth day of its Winter Sale, Epic Games Store has put on offer Second Extinction to claim and keep for free, taking the place of Loop Hero.

Second Extinction is a first-person co-op early access title involving three players going up against hordes of dinosaurs. Here's how the Epic Games Store describes it:

Big map. Big dinosaurs. Big guns. Face an ever changing threat level with your friends. Second Extinction is an online co-op FPS with a bite.

If you wish to claim Second Extinction, you can find it here. It will be free to claim until tomorrow; the Winter Sale will go on until January 6, and the store is offering a $10 coupon as well.