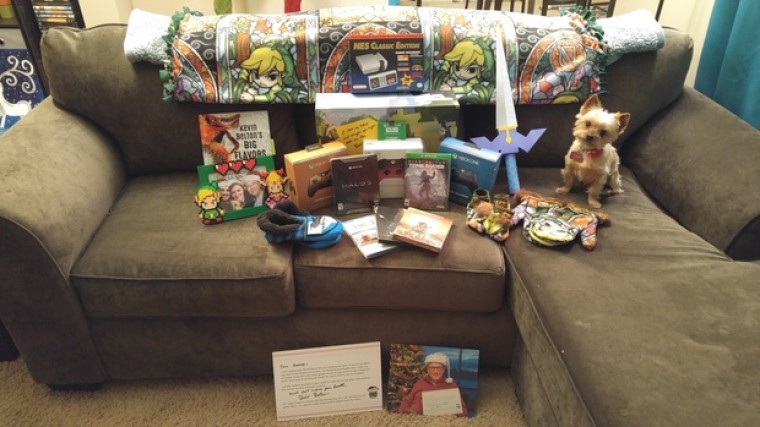 Bill Gates is probably the most famous Secret Santa from Reddit's annual gifting tradition that we know of. He has been sending out gifts to one lucky Redditor each year and this year's recipient has now posted photos of the gifts and expressed her happiness.

Reddit user Aerrix received a "giant box" delivered by FedEx on the morning of December 16 and was excited to find out that it was from Bill Gates. The gifts are highly enviable as they include an Xbox One: Minecraft Edition, three limited edition Xbox One Elite controllers and NES Classic Edition as well as game discs and three blu-ray movies. 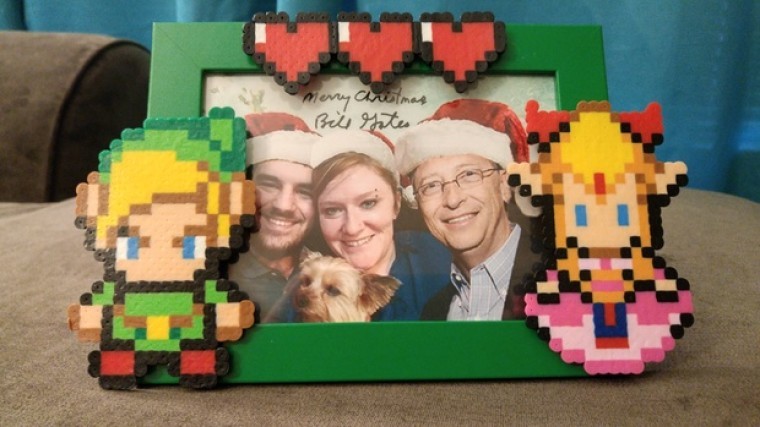 The presents also included a pair each of Zelda mittens for Aerrix and her dog, a Zelda sword and Harry Potter socks. To top things off, Bill also sent a Photoshopped photo of him with Aerrix's family. Being a big philanthropist, a donation to the code.org foundation was also made by him, on behalf of the lucky Redditor.

If you haven't already signed up for Reddit Gifts for the next year, you might want to do so and hope that you are the lucky one next time around.