HTC is placing its bet on blockchain, with plans to release its Exodus phone before the end of the year. While the exact release date for Exodus is still up in the air, Sirin Labs has announced that it will release its own blockchain-powered handset, Finney, in November.

Sirin Labs isn't a newcomer to the smartphone space, releasing two relatively expensive handsets over the past couple of years. As you can see from the image at the top of the article, Finney looks quite handsome. While the design looks similar to its predecessors, there is one major difference, the rear portion of the phone can slide up to reveal a second display. The company is calling this the Safe Screen, and it runs its own firmware and will be strictly used for crypto transactions. 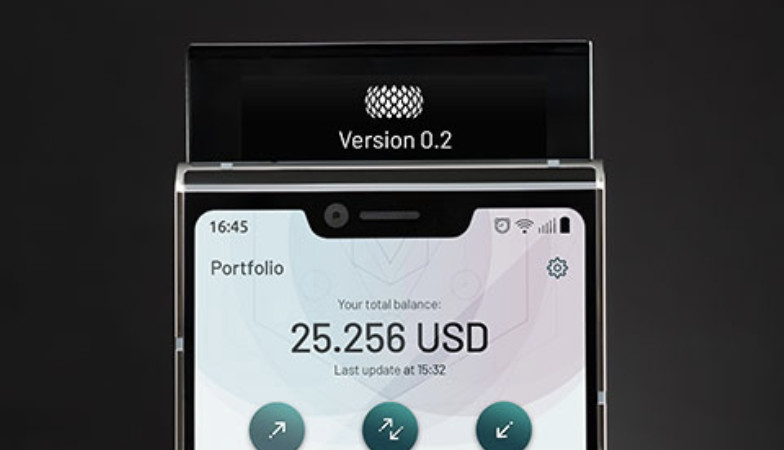 The Finney will have a 6-inch 18:9 display, a Qualcomm Snapdragon 845 processor, 6GB RAM, and 128GB of internal storage that can be expanded via microSD card. It will have a 12MP rear camera, 8MP front-facing camera, 3,280mAh battery, and fingerprint reader. The previously mentioned specifications are all standard fare for a top-end smartphone being released in 2018, but what sets the Finney apart from others is its OS and support of blockchain.

Sirin Labs states that Finney devices will form "an independent blockchain network, a distributed ledger both scalable and lightweight, powered by a fee-less DLC and SIRIN LABS’ security ecosystem". In order to make this possible, Finney will run on Sirin OS, which is designed to support blockchain apps, a crypto wallet, secure exchanges, and more. While it's uncertain whether a product like this will catch on, but if it interests you, you can always start your pre-order by hitting the link in the source.