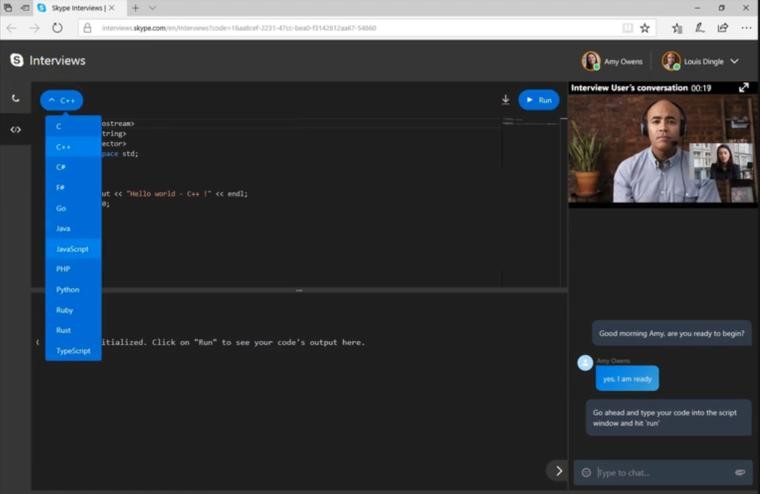 Conducting an interview with a coding candidate can be tough, especially when the applicant can't easily make it to the office to tackle a project. Skype Interviews was created to aid the process, and new features have been added to make the task even easier.

One of the biggest features that Microsoft has added to the app is support for group video calls, based on feedback from the community.

"We’ve lifted the limitation of two participants in an interview," the company said in a post on the Skype dev blog. "Whether you want to have peer-reviewed interviews or have all aspects of the interview in one consolidated place, it’s as simple as sending interviewers the same link."

This is the first major update for Skype Interviews since it launched five weeks ago. More changes are planned, particularly in the area of coding languages. Microsoft is encouraging users to submit any coding language they might need an applicant to use so it can be added to the app in an update as soon as possible.