The Microsoft Surface tablet is not even out yet, but one company is already trying to push their own product by using an image of the upcoming Windows 8/RT tablet. At the IFA trade show in Berlin, a display was spotted that was promoting what was being called a "Windows PAD" with a press image of Microsoft's Surface tablet. 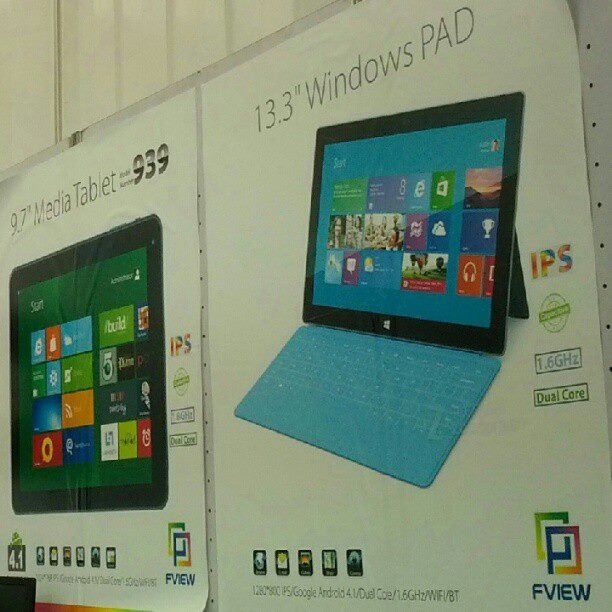 Of course, once you take a look below the image of this "Windows PAD", you see that the specs of the tablet show it to be running on Android 4.1. The same image, taken by Avrid Bux and posted on his Twitter page, shows another Windows 8/RT tablet image, called the "Media Tablet" that's also actually running on Android 4.1.

The company behind both of these so-called products is FView, but there's little info on this company on the Internet; a quick search only turned up a third party forum where technical support can be found for some tablet products.

Clearly, Fview doesn't have any kind of reputation and it's pretty shocking to see a company flat out promote a product using images stolen by others and even using trademarked names in their advertising.