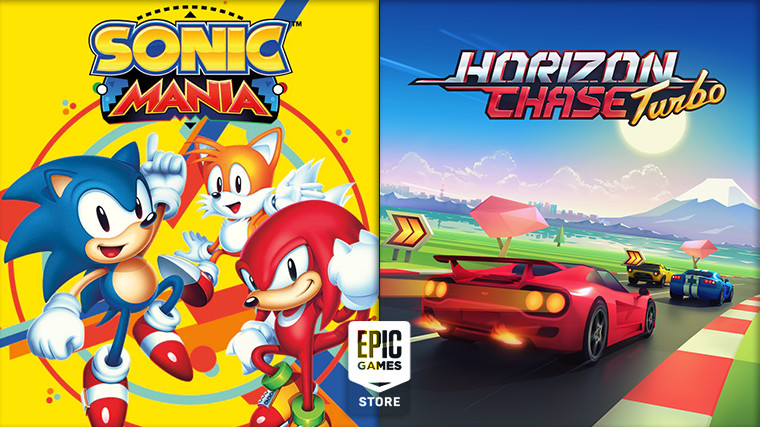 Epic Games is finishing off its packed June giveaways schedule today, and the store has now brought in copies of Sonic Mania and Horizon Chase Turbo to claim for free. With this, the freebie duo from last week, Overcooked 2 and Hell is Other Demons, have now gone back to their original prices.

The Sonic Mania giveaway lands just as everyone's favorite blue hedgehog celebrates his 30th anniversary. Released in 2017, the side-scrolling platformer has Sonic, Tails and Knuckles speeding through fresh landscapes and remade zones from classic titles in a mission to take down Dr. Robotnik and his henchmen.

Meanwhile, Horizon Chase Turbo comes in as an arcade racing game inspired by classic racers from the 80s and 90s. Other than a competitive ghost mode and leaderboards, any other online multiplayer functionality is not featured here, though there is local four-player split-screen multiplayer support just like in the retro ventures.

Epic Games is offering the Windows versions of both titles. Here are the minimum requirements:

The Sonic Mania and Horizon Chase Turbo giveaways will be available through next Thursday, July 1, and claiming a copy means owning it forever via the Epic Games Store. The Spectrum Retreat will be the next giveaway.